I’m finally revealing my Make Up Case project.  I am calling it a Make Up Case, but of course it can be used for other things as well, like a jewelry box or to hold crafting supplies.  The box is 12″ long, 9″ in width and slightly more than 6″ tall.  I used Graphic 45 Couture Paper collection with the stickers and banners that go with the collection.

This is a two part project.  There is room for a mini/journal/diary album that will fit in the back of the case.  I will be posting the second part of the project when it is finished.  There will be a tutorial for the project once the second part is done.

The first set of pictures shows the outside of the box. 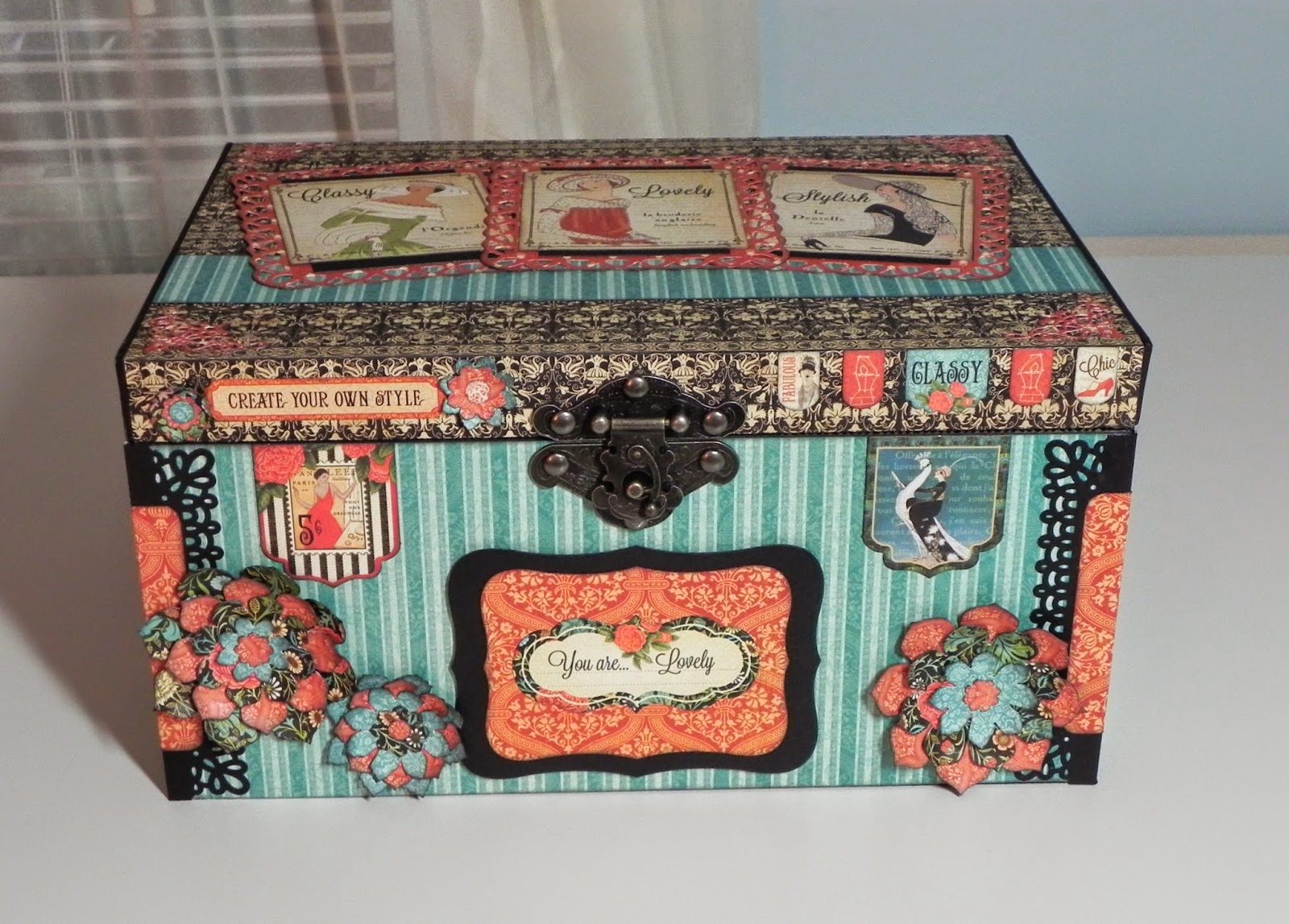 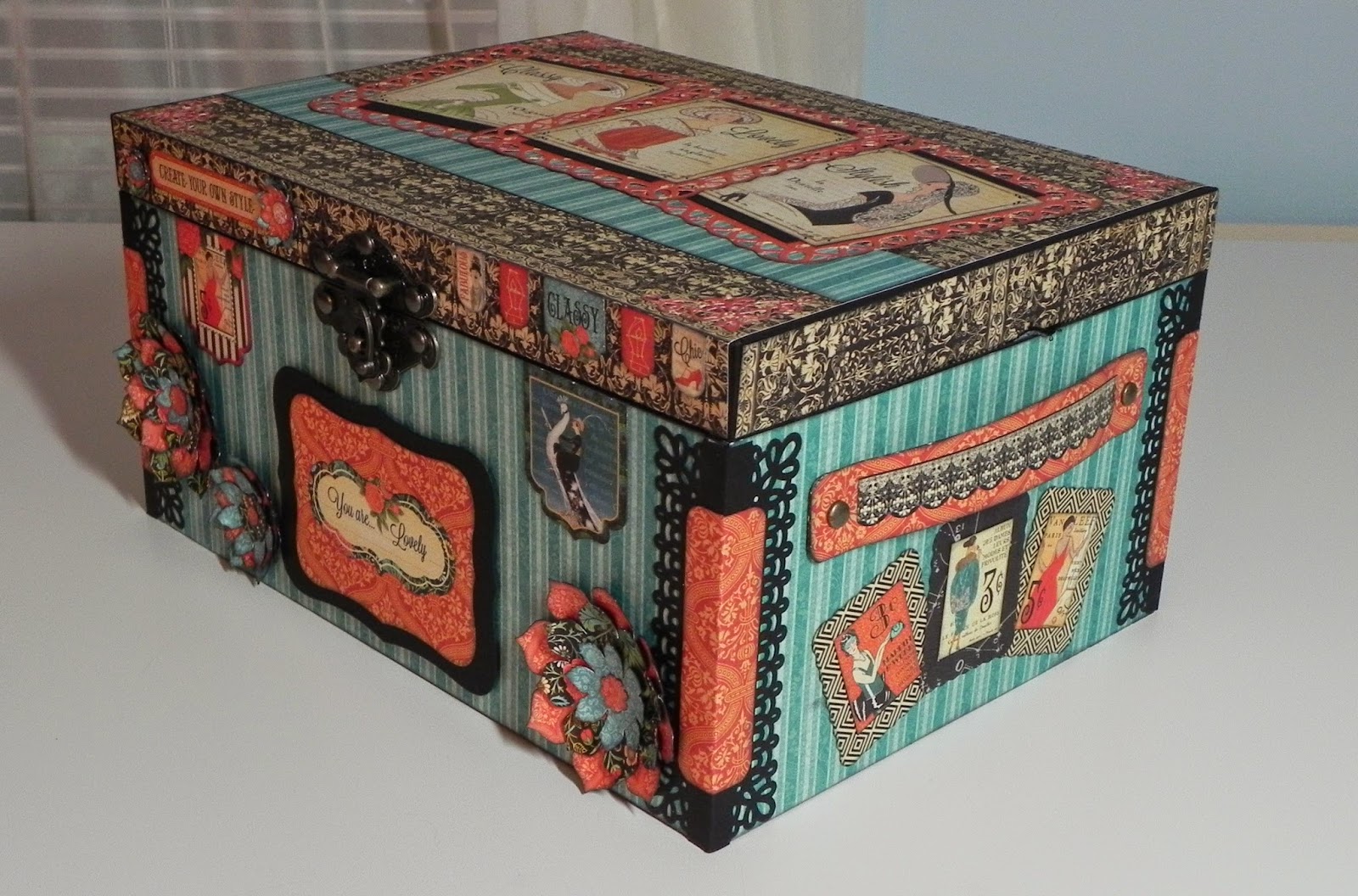 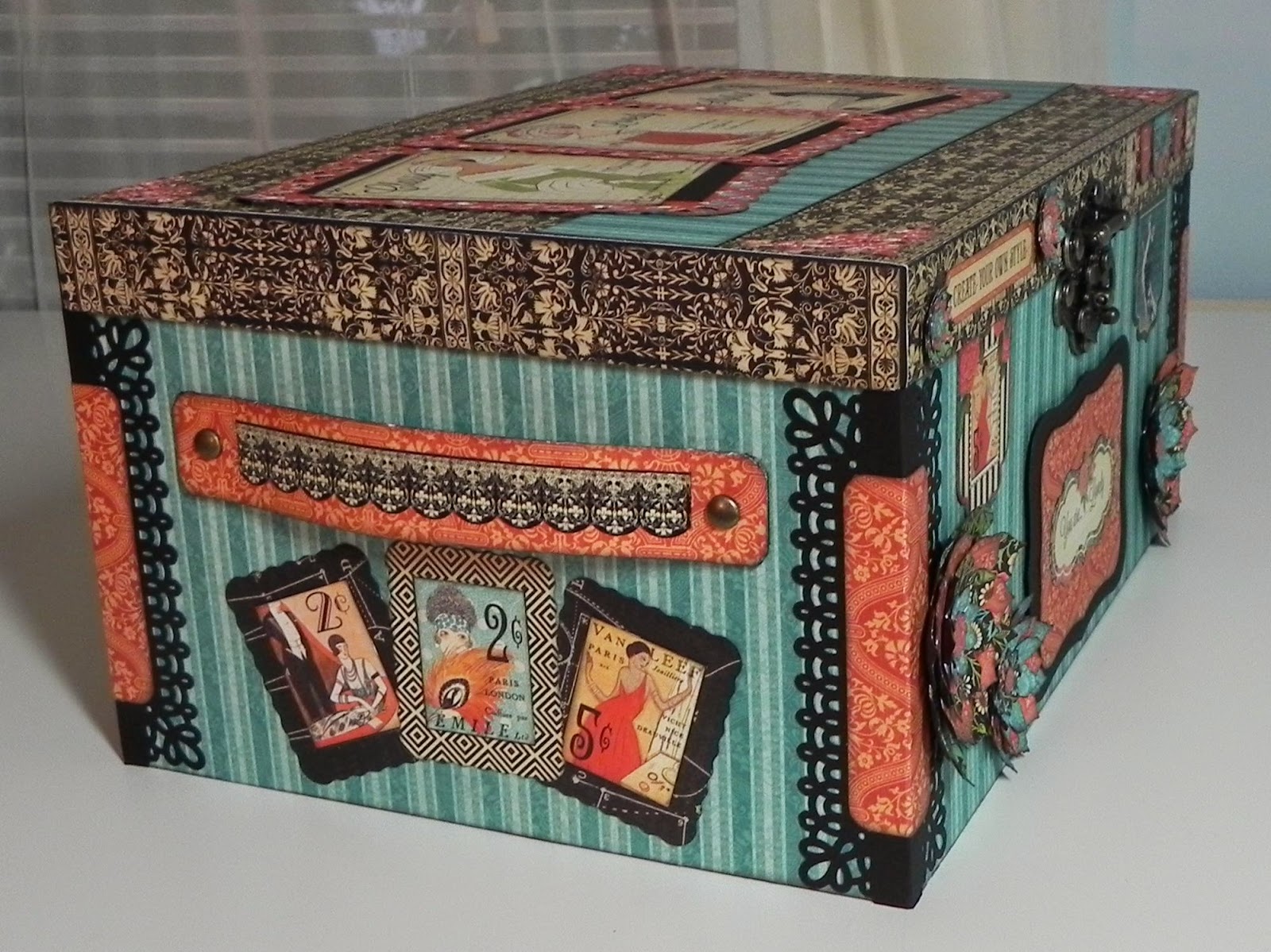 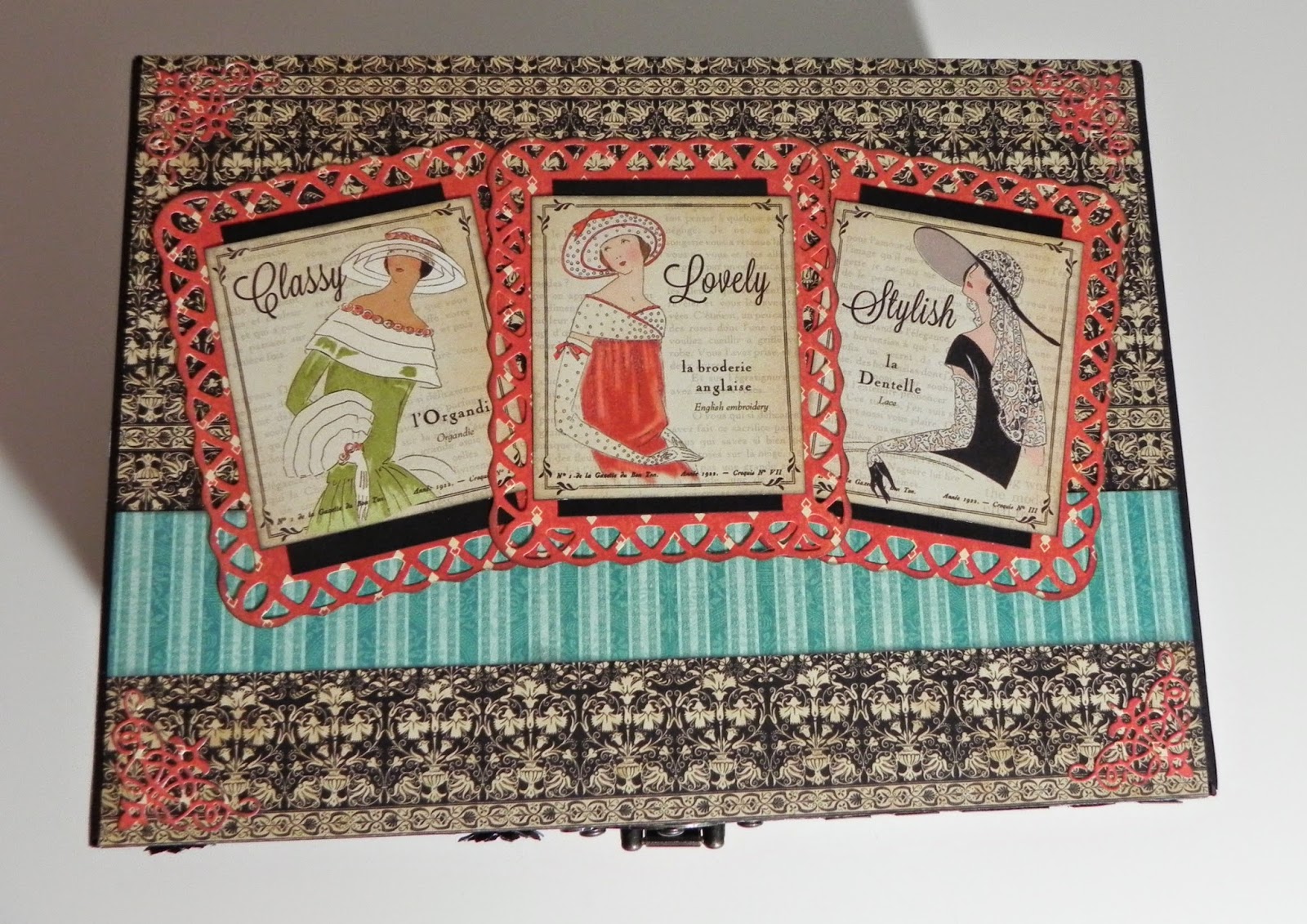 The next set of pictures shows the inside.  This is a two layer box.  There is a tray with three compartments that lifts out of the box.  The bottom has several little boxes which are big enough to hold fingernail polish. 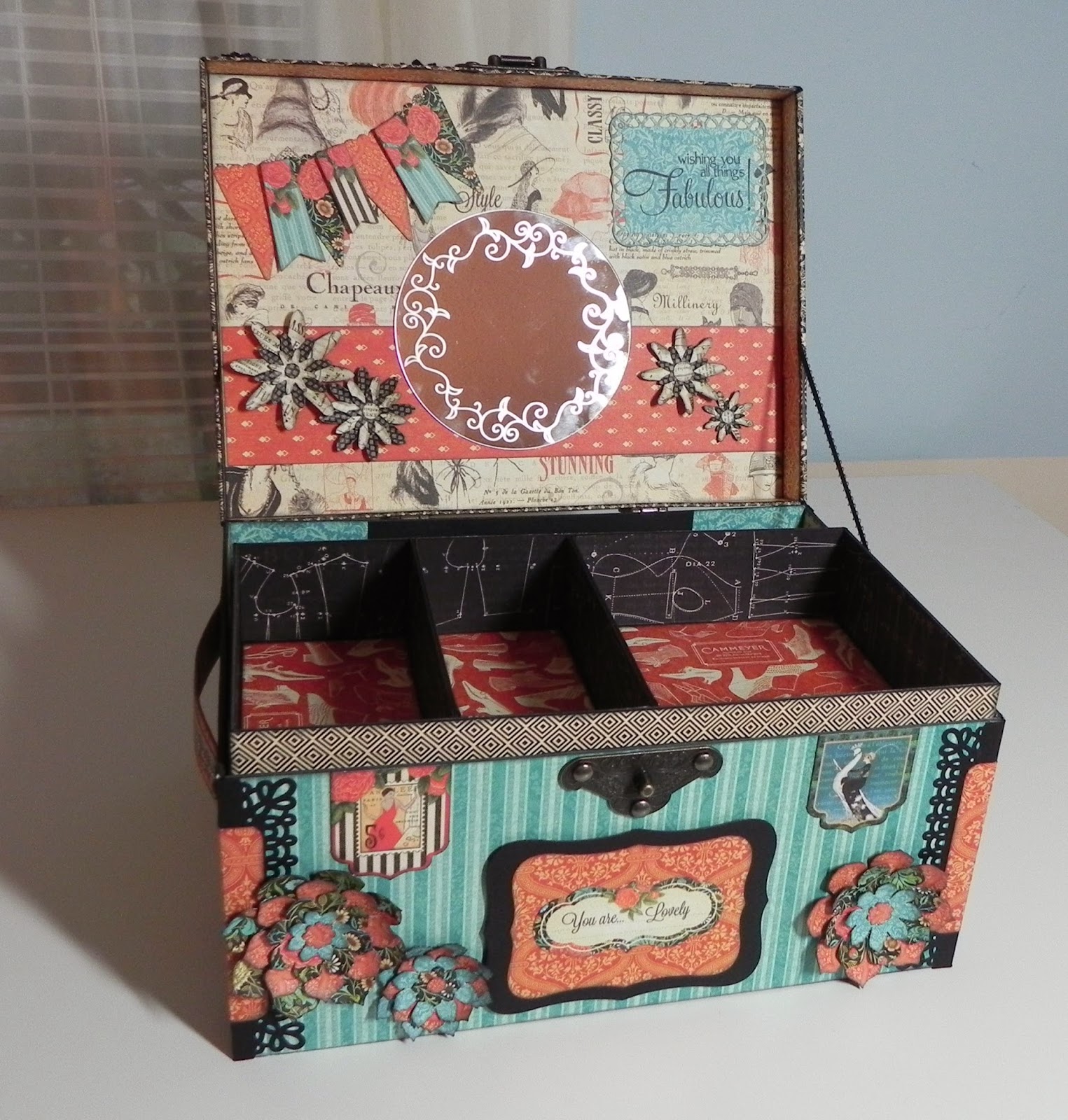 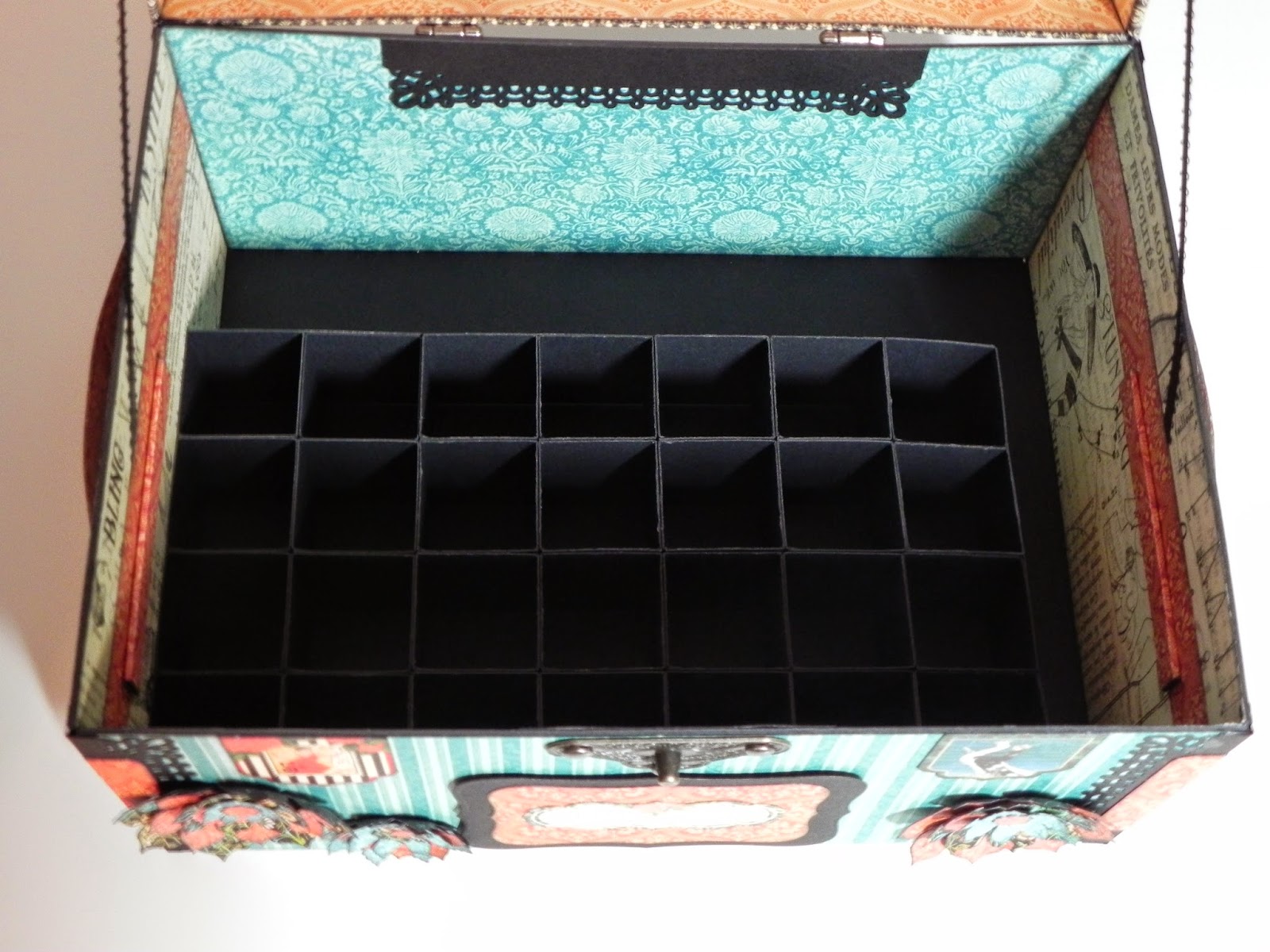 The third set of pictures shows the case with make up in it so you can get an idea of what can fit into the case.  The first picture to the left shows that you can put stains in the boxes if you would rather uses it for holding scrapbooking supplies. 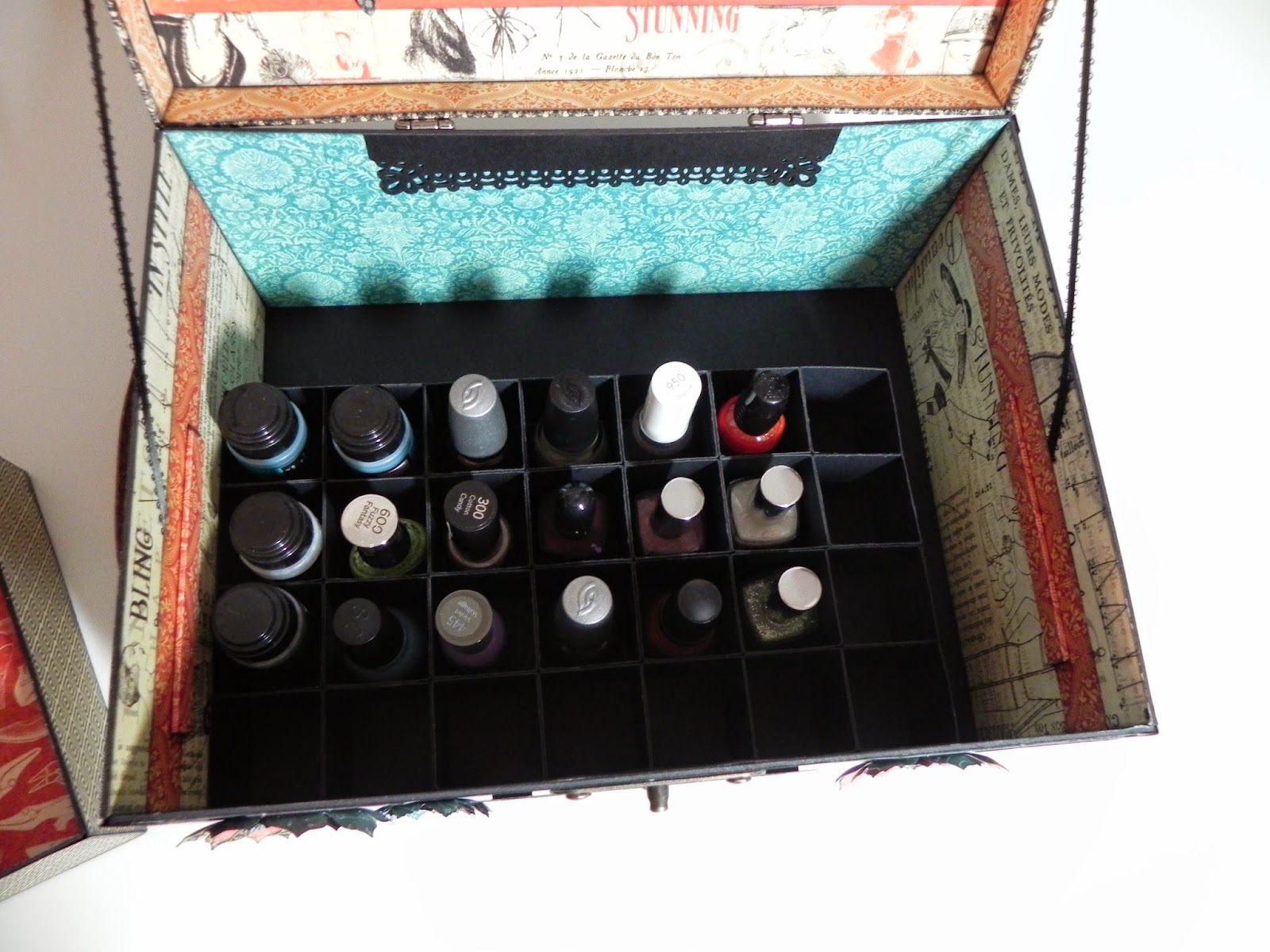 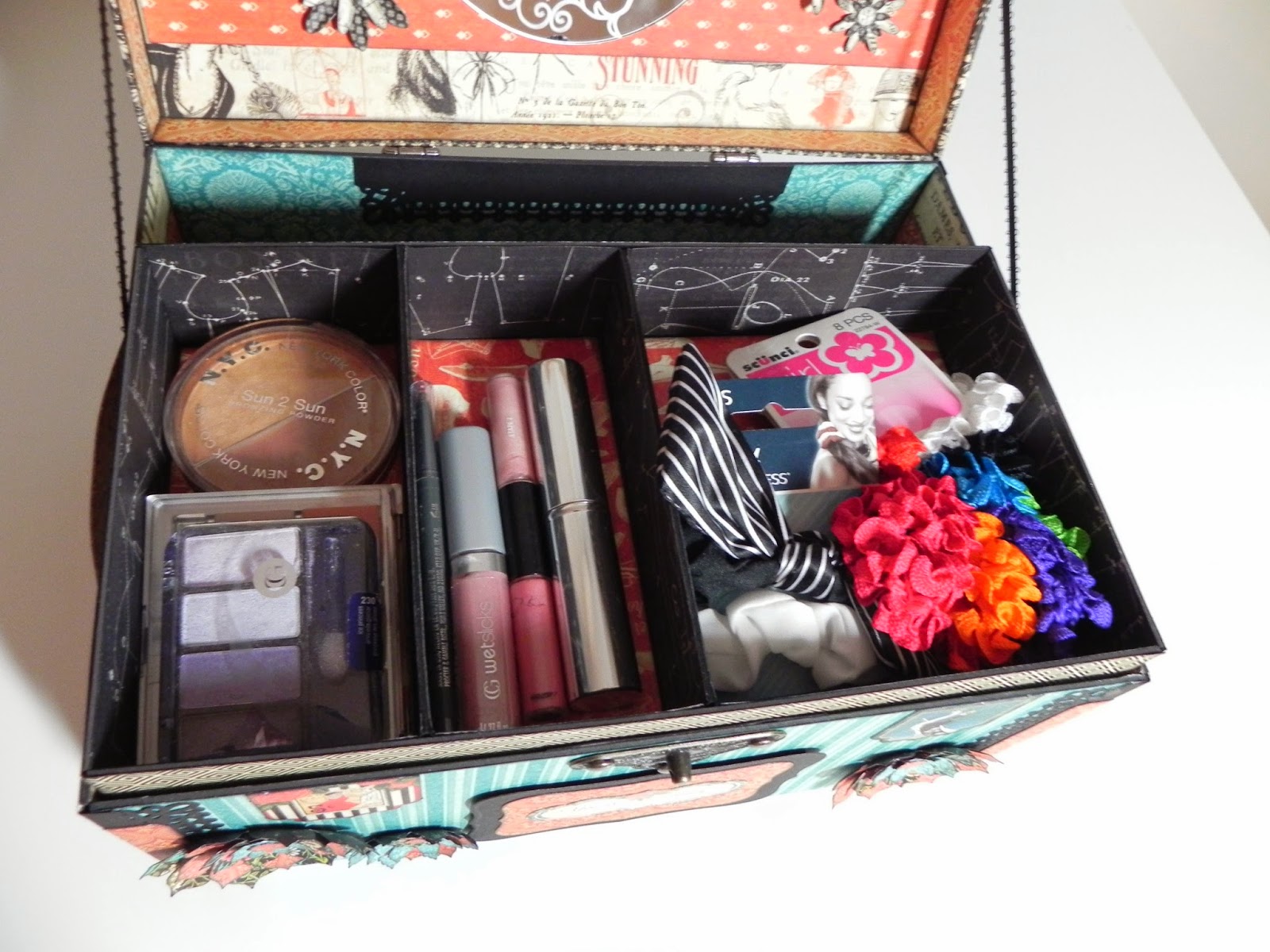 Last, but not least, this pictures shows the the slot in the back where the album will be at. 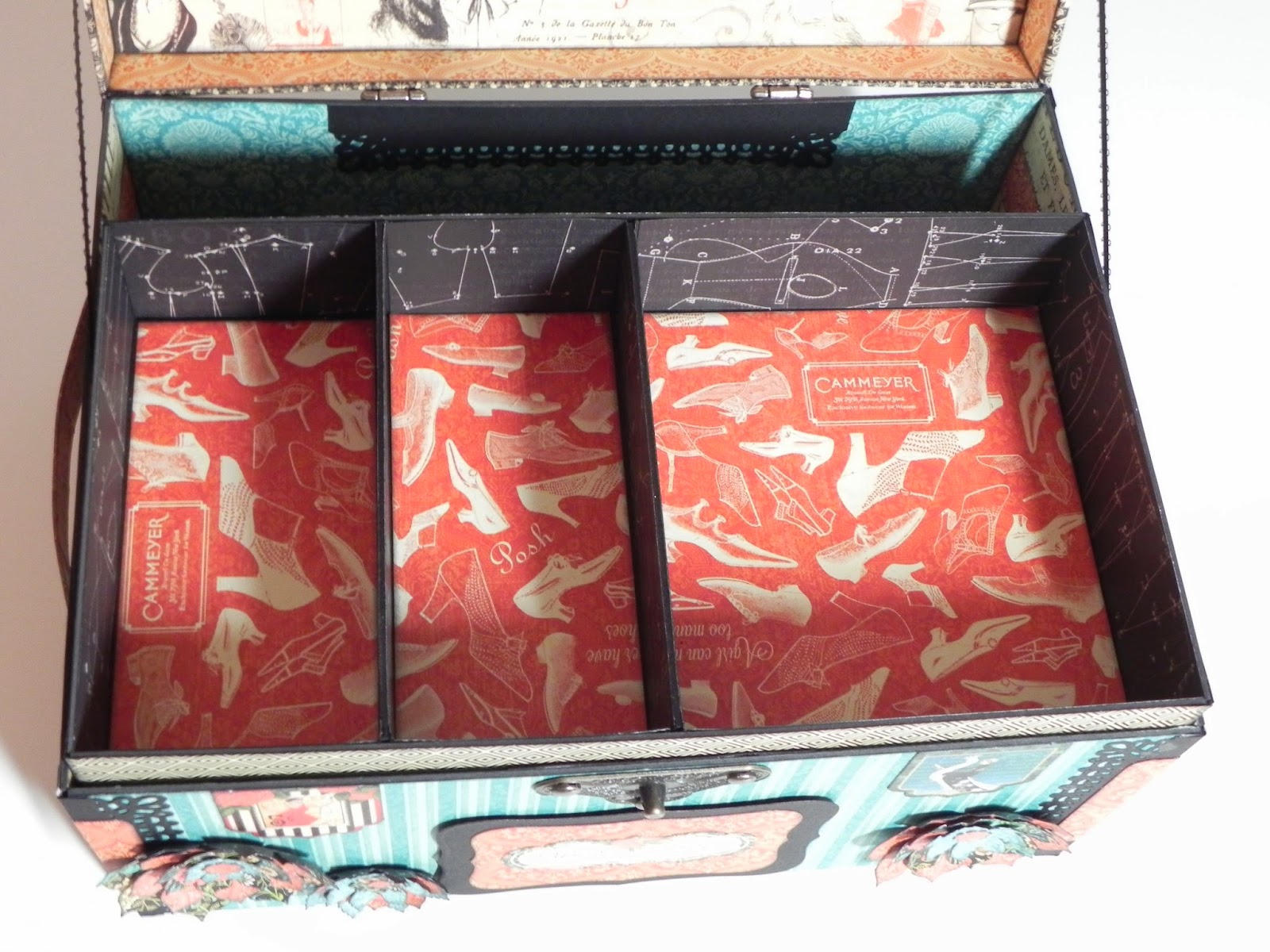 That is it for now.  I will post the second project as soon as it is done.