I hope everyone has enjoyed their holiday.  I know I did with two Thanksgiving dinners to go to in one day.  But it was great times with friends and family.  Of course, I did a little shopping too.  This long weekend gave me a chance to play catch up on my latest project…Fake Pocket 2.0 – Graphic 45 World’s Fair.  This album is called 2.0 because last year in October I did a Fake Pocket Mini Album for Halloween.  Original Post HERE and I did another one using Graphic 45 Time to Celebrate HERE and You Tube video HERE.

This was a popular album so I decided to give it an upgrade and take the idea of the fake pocket and make a whole new and different album. The Fake Pocket 2.0 has two page styles, both pages have fake pockets on them.  It has 6 pages and the album is little bigger than the first one.

I have two videos for this album.  The first video, which is at the end of this post, is a preview video.  The second video, which I’m working on now, is an instructional video.  It will show how to do the page construction, matting, and attaching the pages to the album.  It will not show how to make the cover.

I will have a written tutorial ready in a few days. 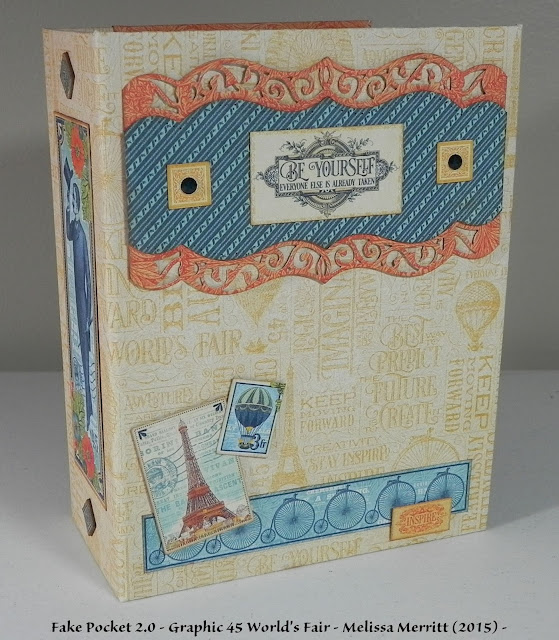 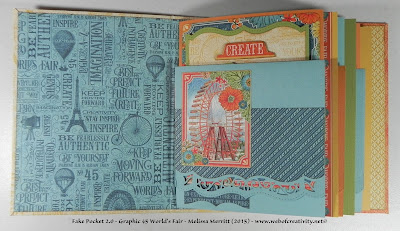 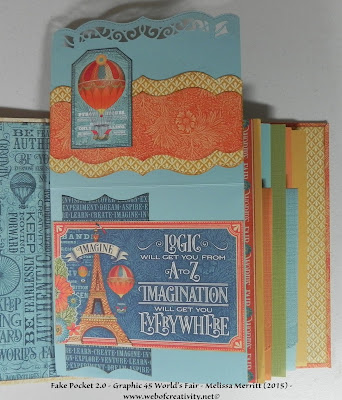 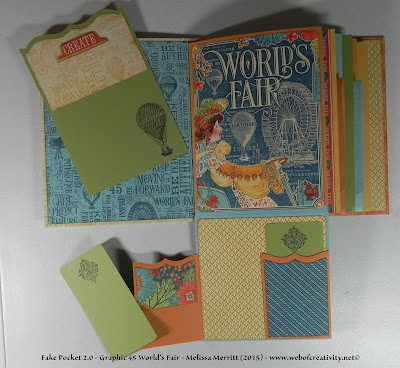 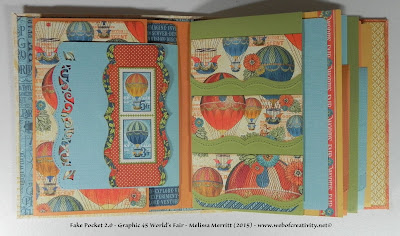 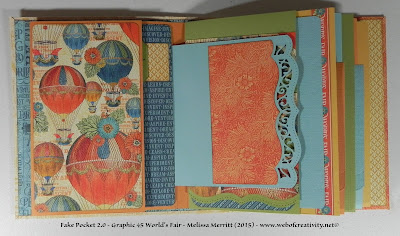 The triple flaps on the right and the center has a big area for a larger photo. 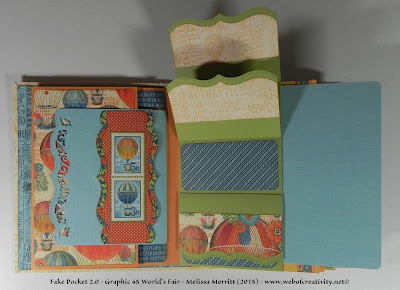 The backside has two fake pockets. 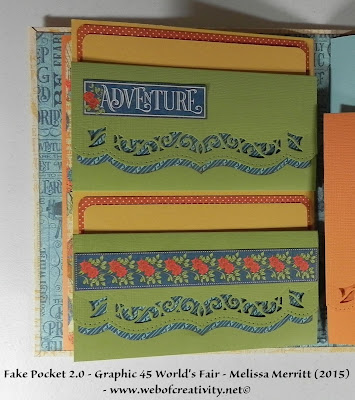 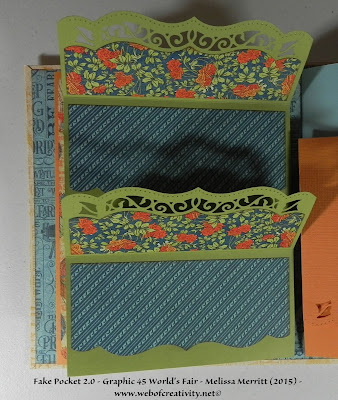 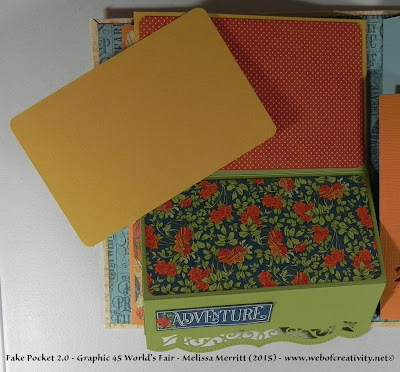 Then repeat for a total of 6 pages.  The written tutorial will have matting directions for how I did it, which has several half mats.  I will also have directions for full size mats.

I used a Spellbinders Die set for the pages, mats and some tags.  The die set is called A2 Bracket Borders One.  Spellbinders has several different border dies which you can use, or if you like, you can use punches, other dies, or corner punches. 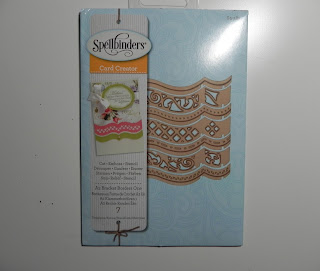 Again, tutorial and instructional video will be up in a few days.