I have previously shown a sneak peek of this project and now sharing the completed album.  This album is called: Memory Keepers Mini Album.  It is 8 x 9 1/2″ in size with a 3 1/2″ spine.  This album has 6 pages with flaps, pockets and tags.  I used Graphic 45 Lost in Paradise paper collection, which i used to make an Aviary type of cover.  I fussy cut a lot of the birds and made a shadow box frame for the cover.  I really love how it turned out. 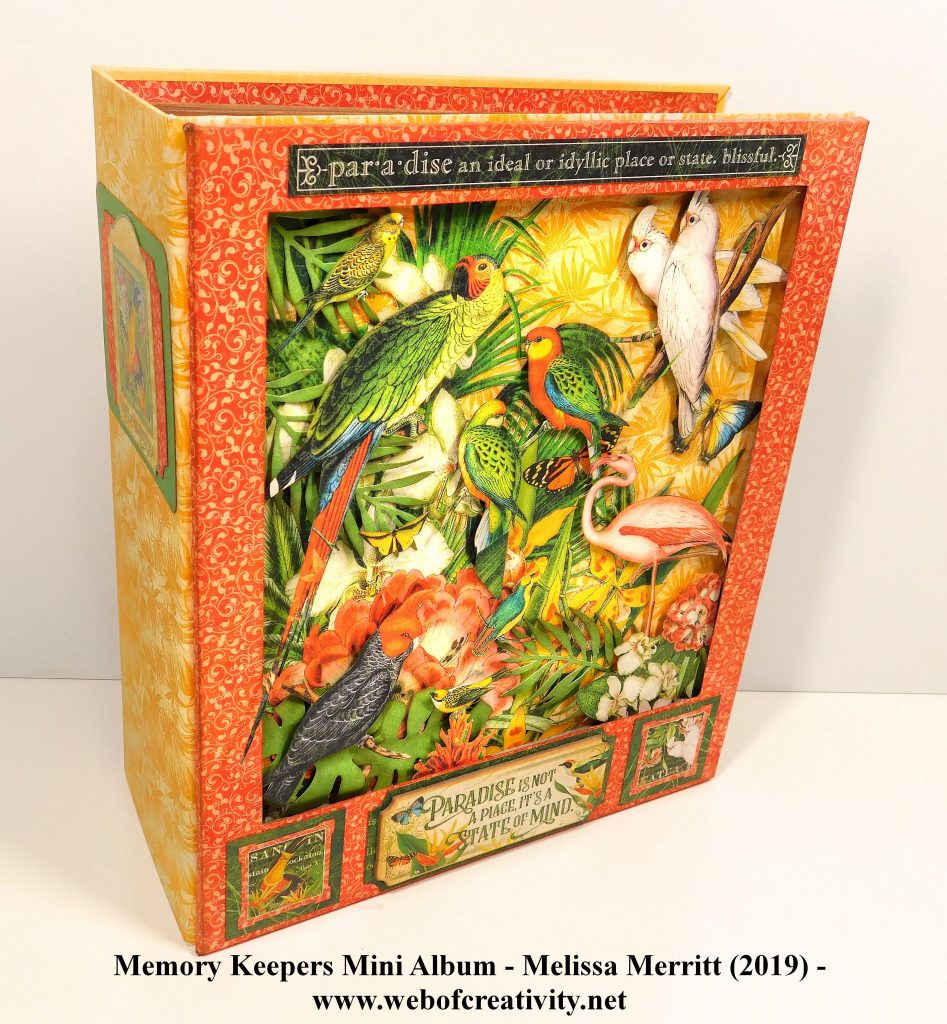 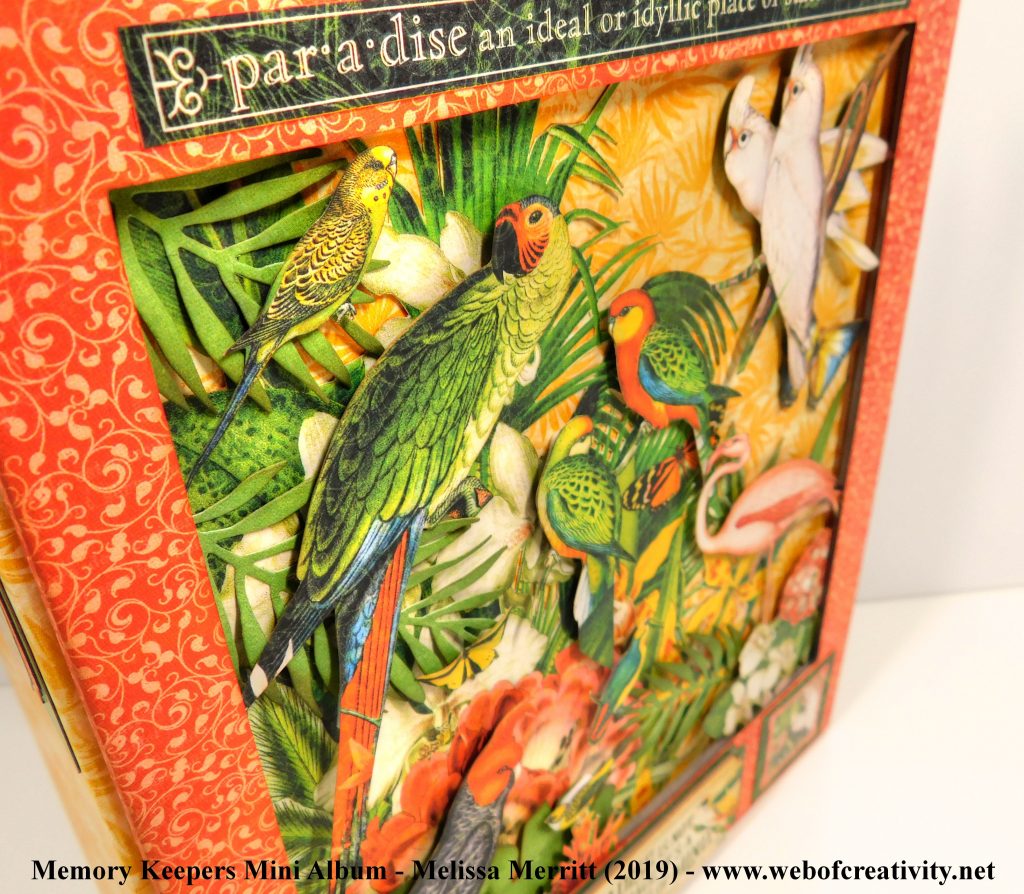 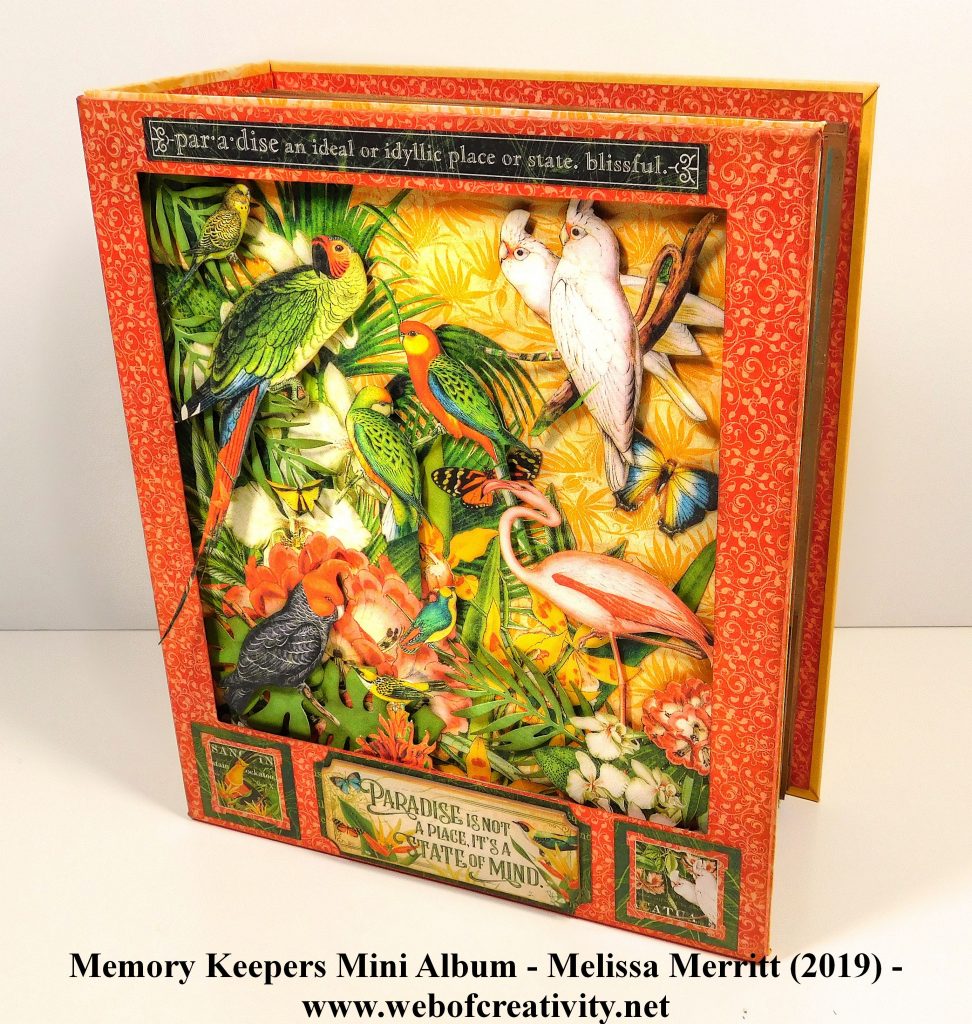 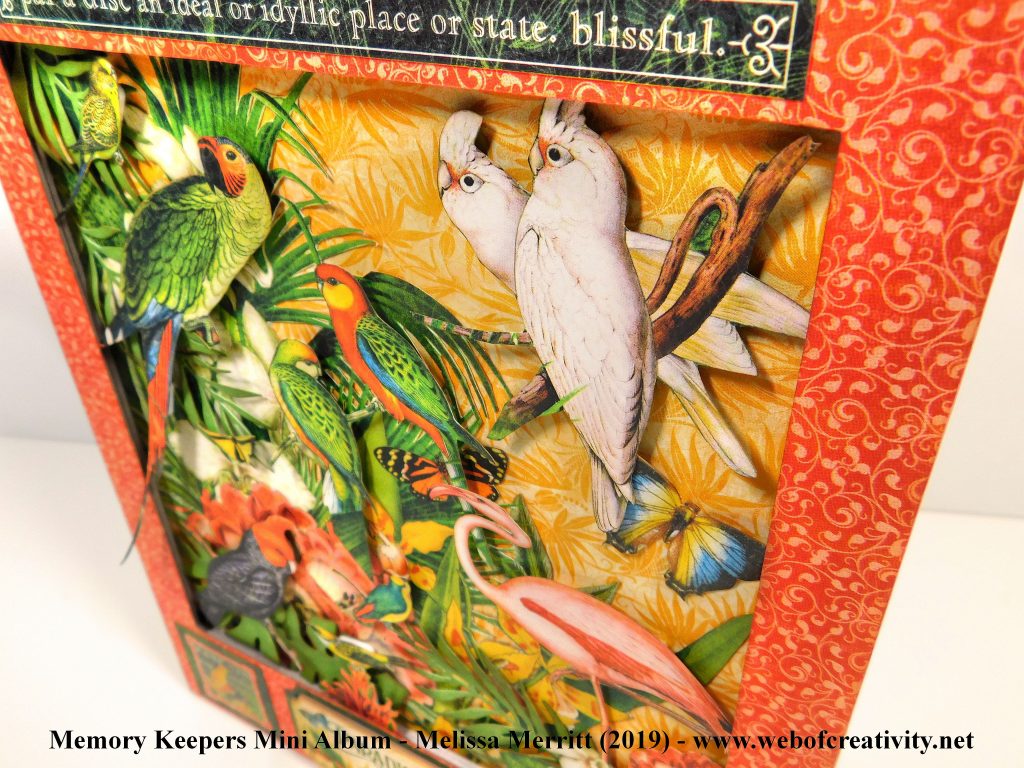 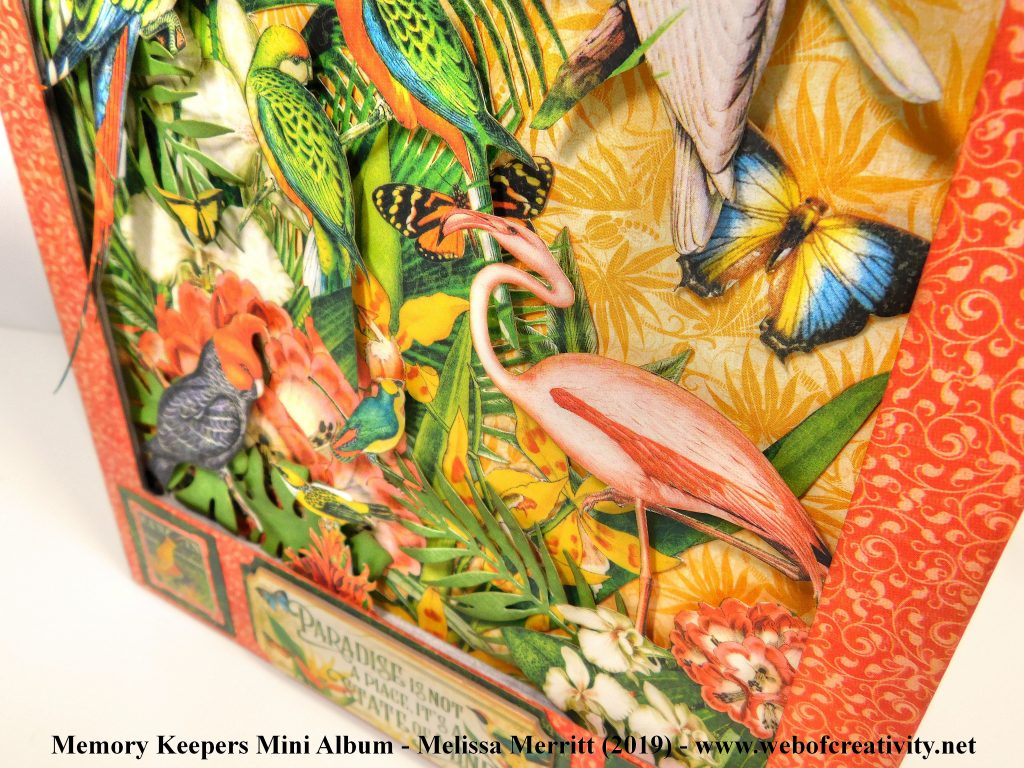 The cover has a lot of fussy cutting from the paper collection for the background flowers and the birds that are attached with foam squares.  The leaves are from a Tim Holtz, Sizzix die, called Tropical.  The tutorial has the directions to make this cool shadow box type of cover. 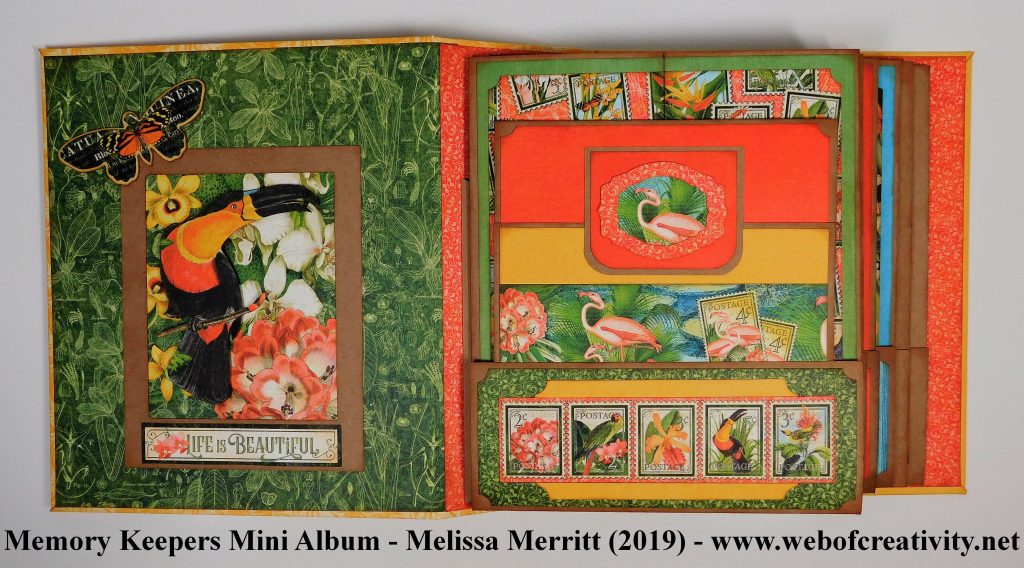 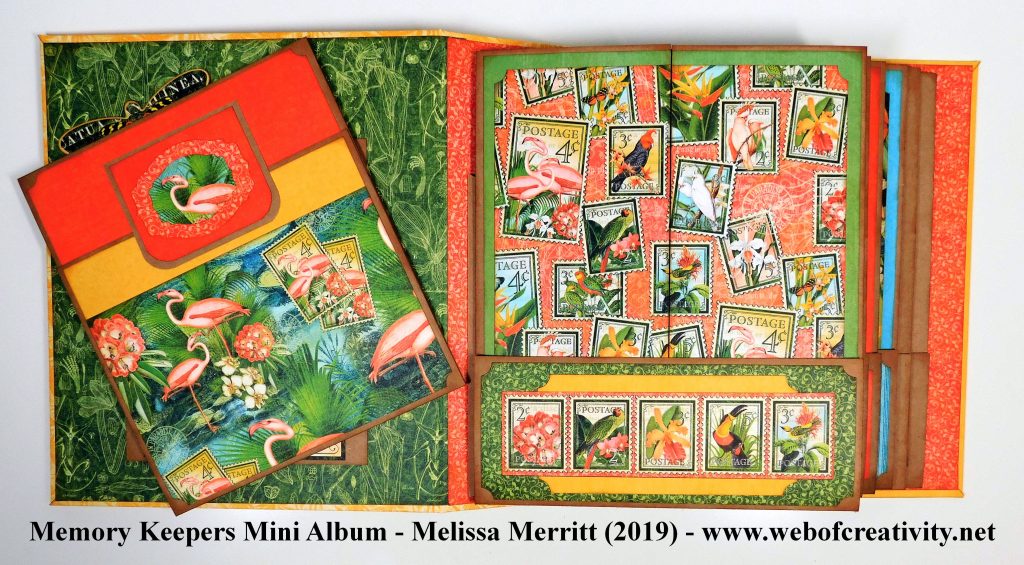 The embellishment on the tags and on the back page is a frame made using a die, the die I used is a Spellbinders Nestabilities dies called Labels Thirty-Six.  You use two dies to cut out a frame. 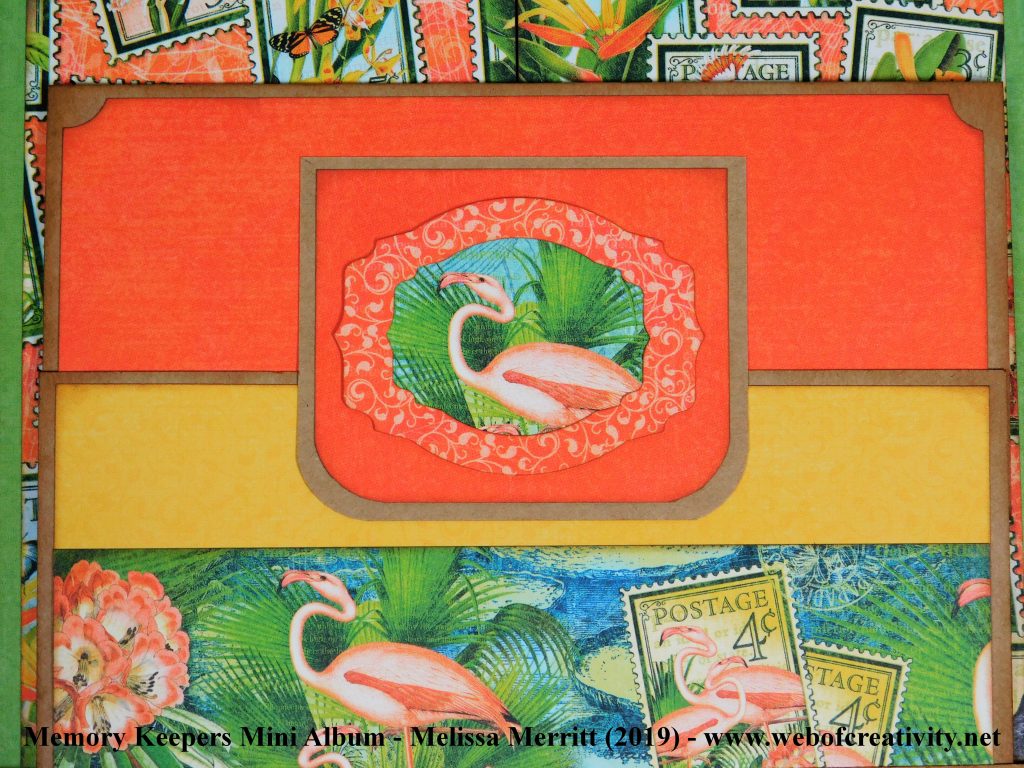 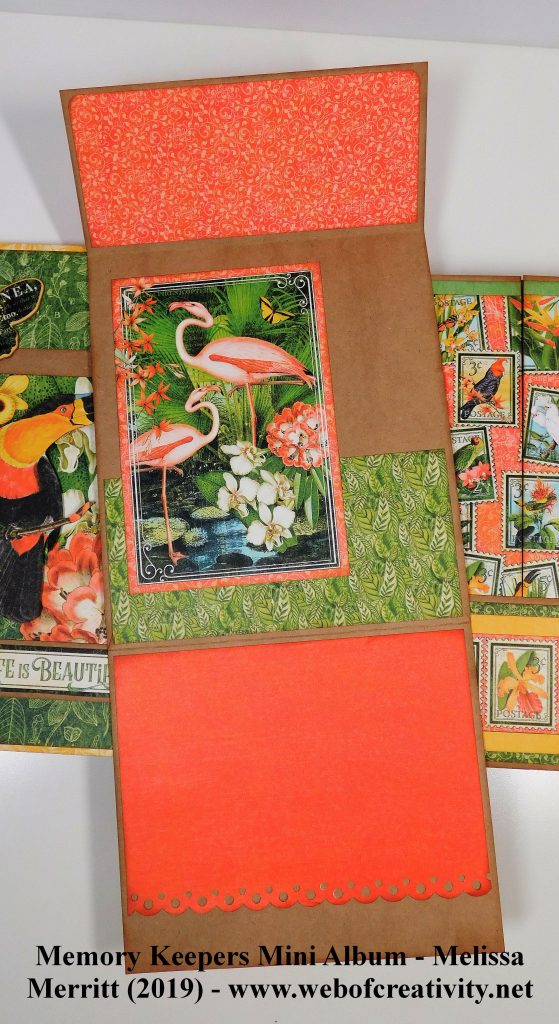 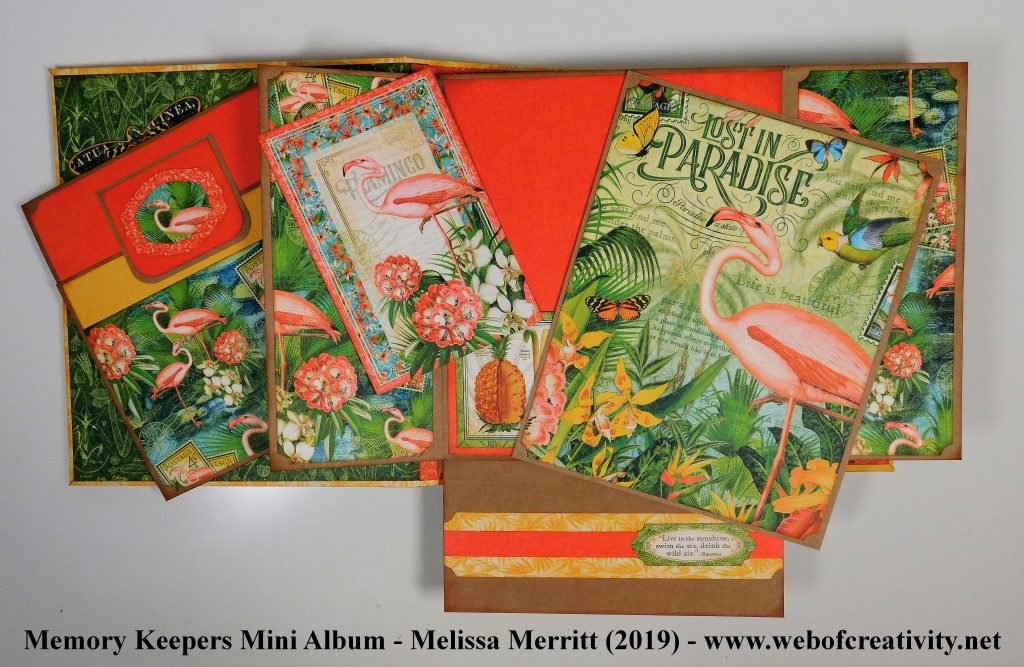 Large pocket where the opening is at the bottom. 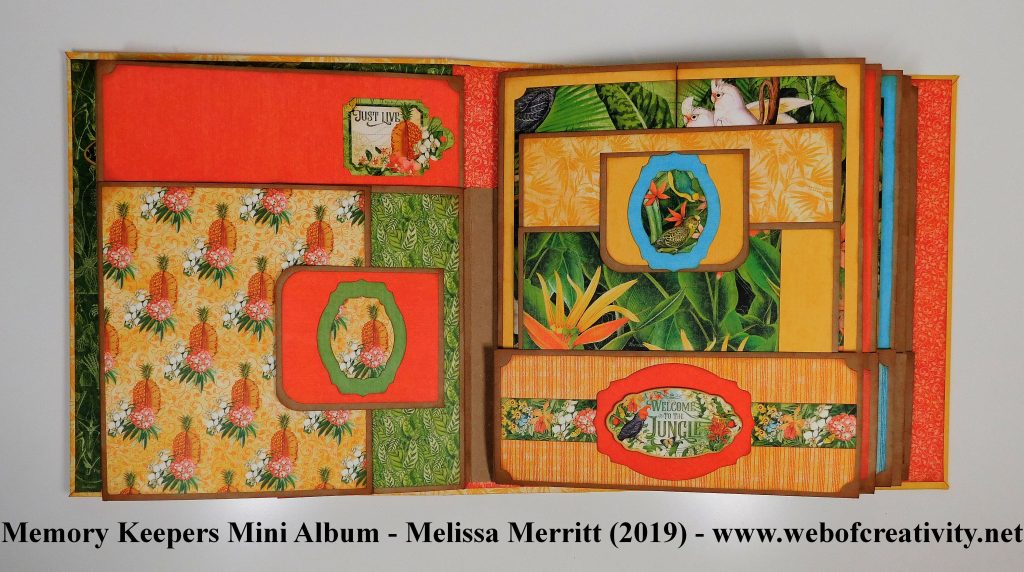 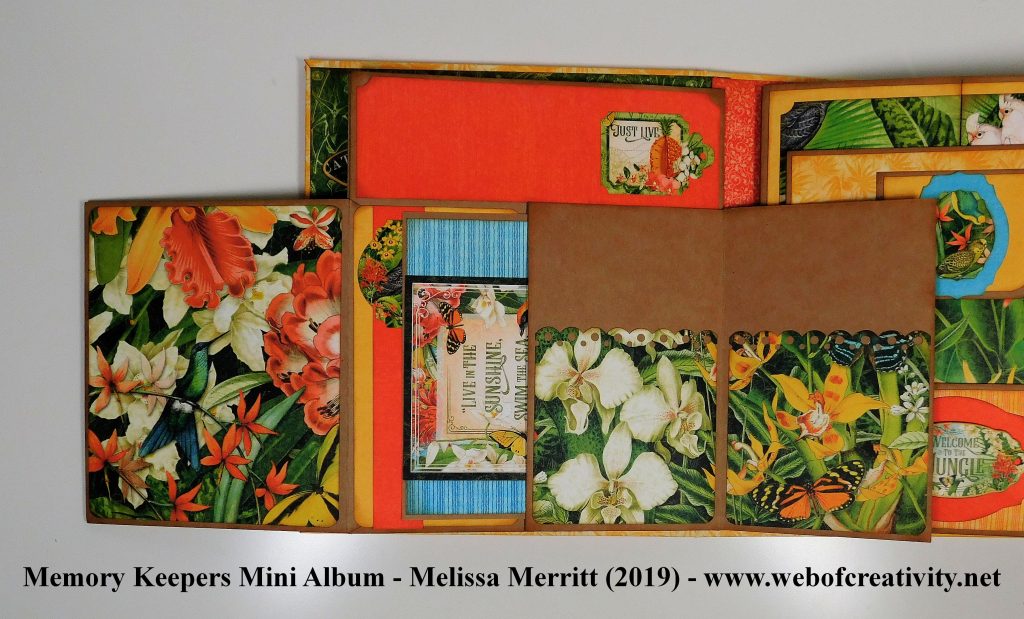 (Construction video with a preview at the beginning)

Thank you for watching!