Well this has been a long month.  Trying to get back into things after CHA was hard.  But I finally got my project done and ready to share with you.

Time to Flourish Clock (Sunflower Version) with Seasonal Mini Albums and Journaling Folders.  This clock is about 11″ tall and is a real working clock.  I used Graphic 45 Time to Flourish paper collections and more specifically used the month of August for this version.  The sunflowers are a Spellbinders Die D-Lites “Create a Sunflower.”  I love this flower die.

Inside the clock are four seasonal mini albums.  Each album has three months.  On the left side of the clock are 12 journaling folders, one for each month.  Plus a place for pens and pencils.

I will have a written tutorial and a video tutorial for this project.  The video tutorial will have a different version clock, which I’m thinking of calling the “Bird Version.”  Both the written and video tutorials should be up in about a week or so.  You can purchase the tutorials separate or together.  For the journaling folders tutorial, that is a bonus tutorial and will be give to you with the purchase of either the clock tutorial or the mini album tutorial or you can purchase the combo where you get both the clock and mini album tutorial together.
That’s enough shop talk, time for the pictures. 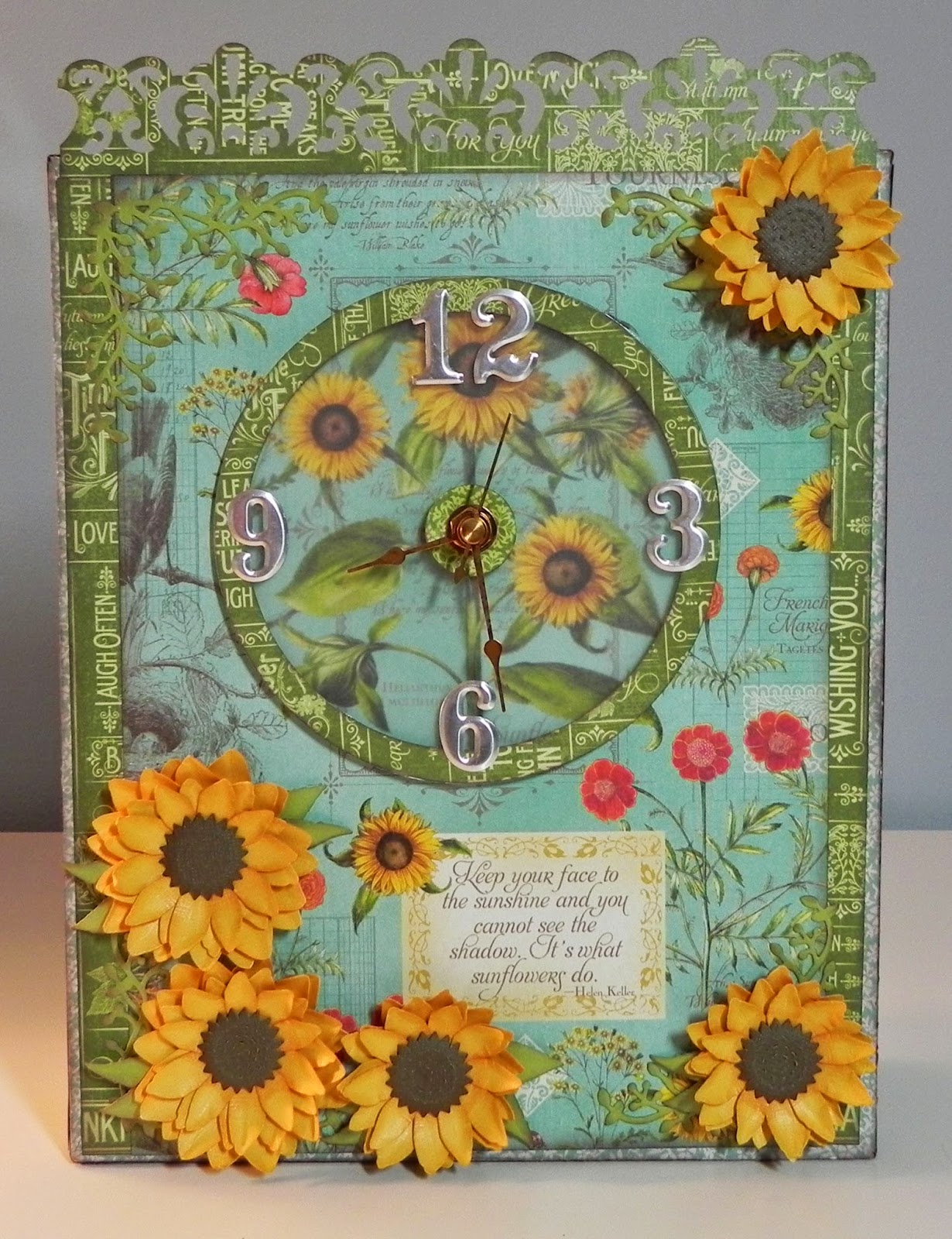 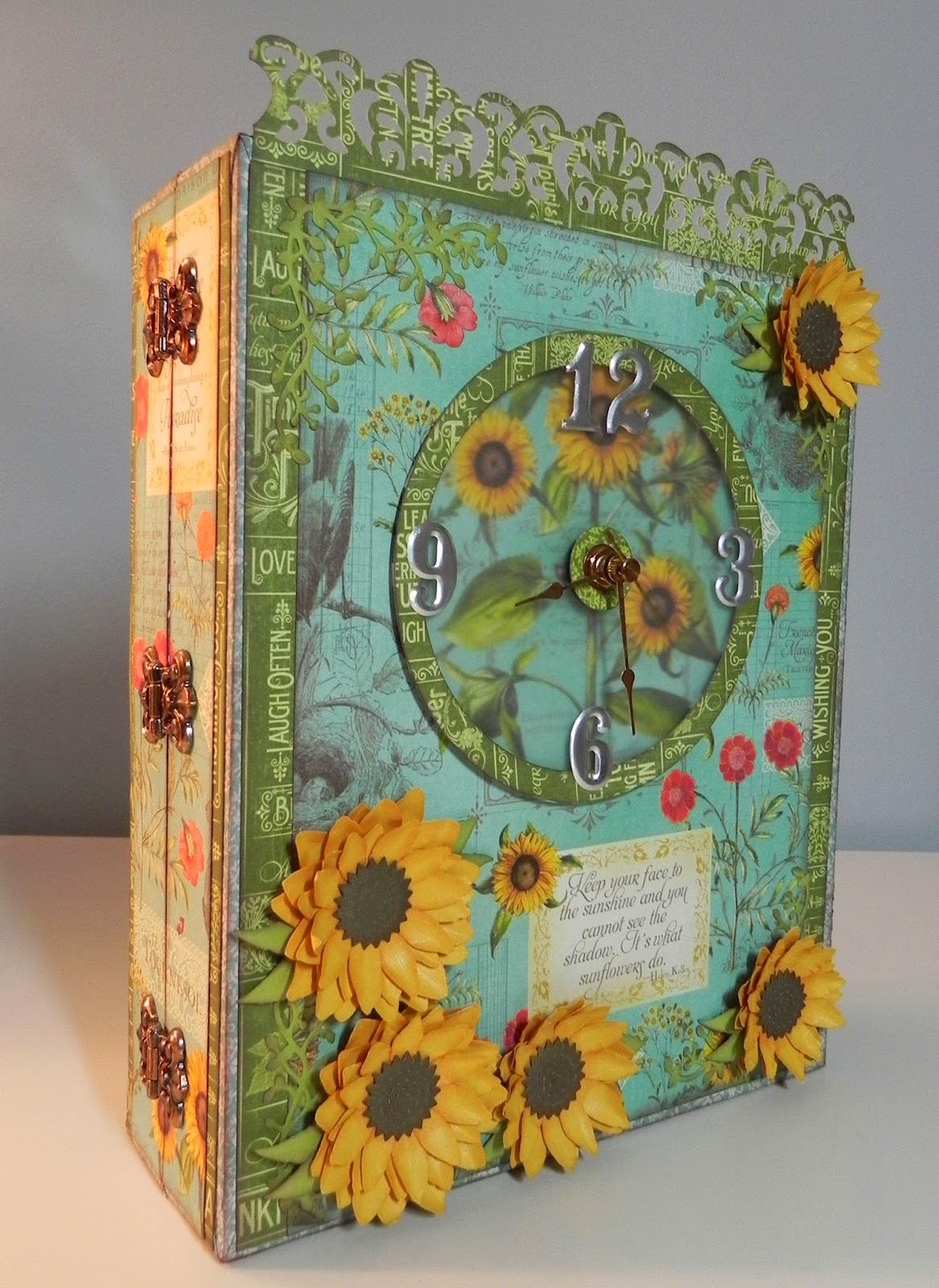 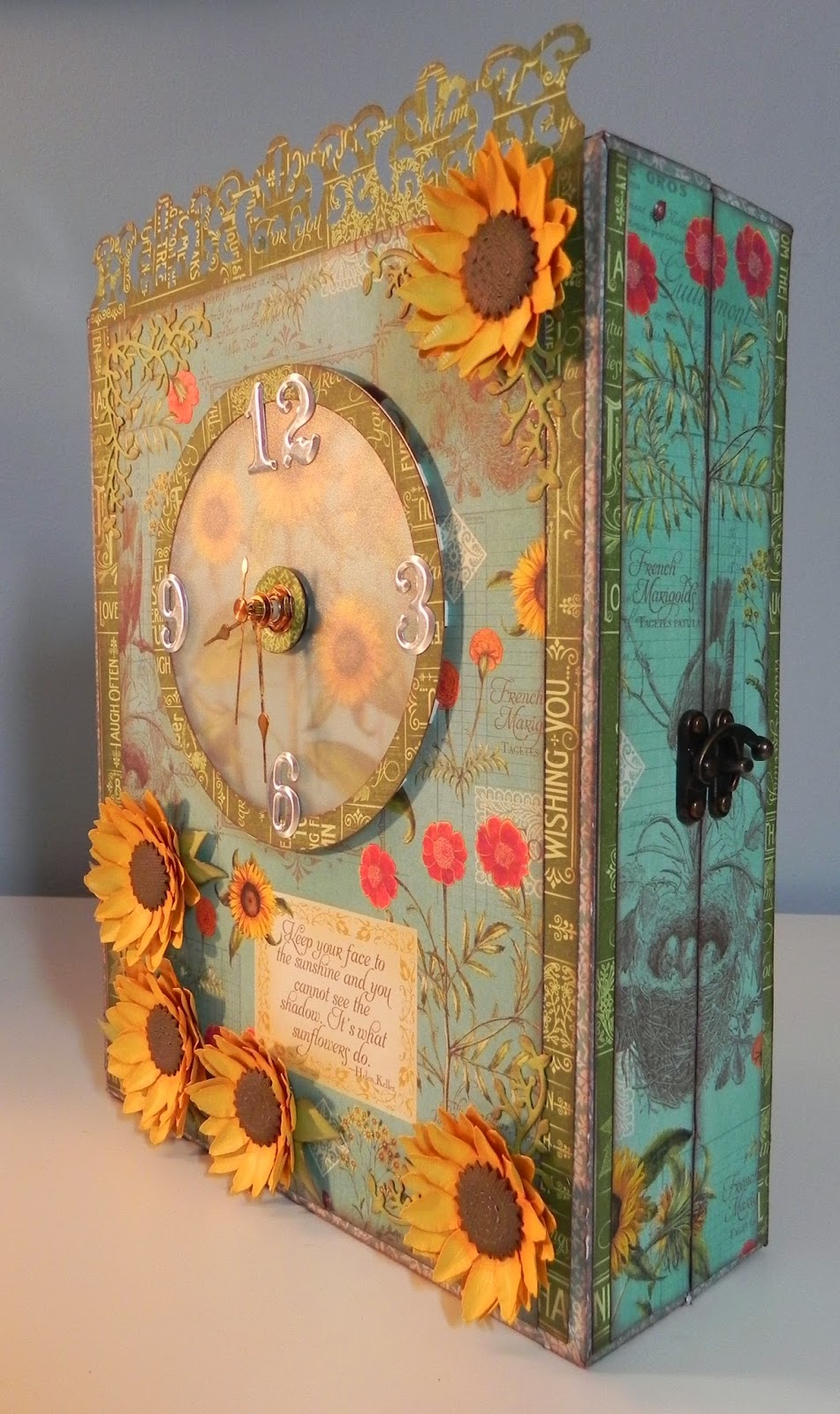 INSIDE
Which holds 4 Mini Albums and 12 Journaling Folders 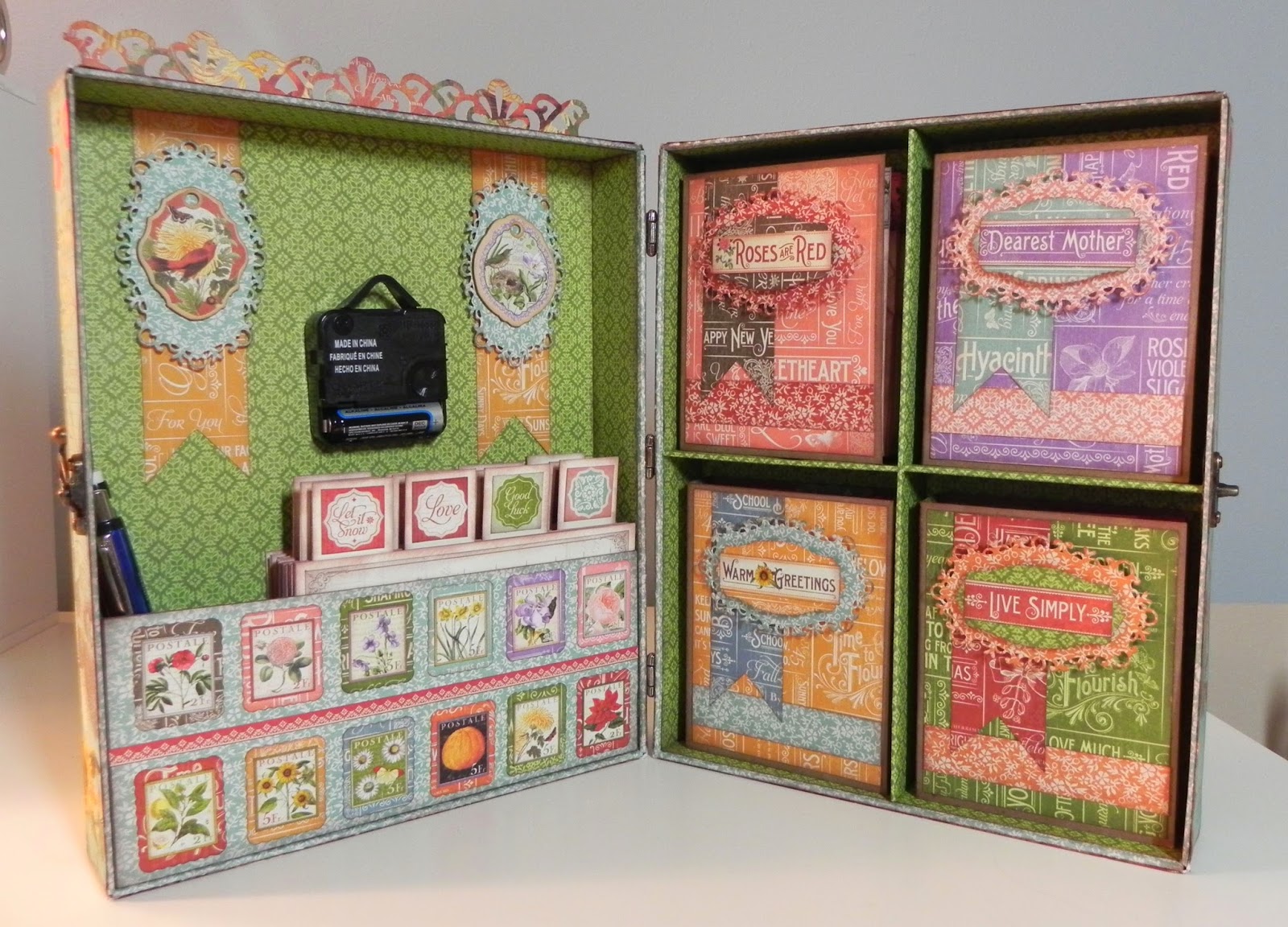 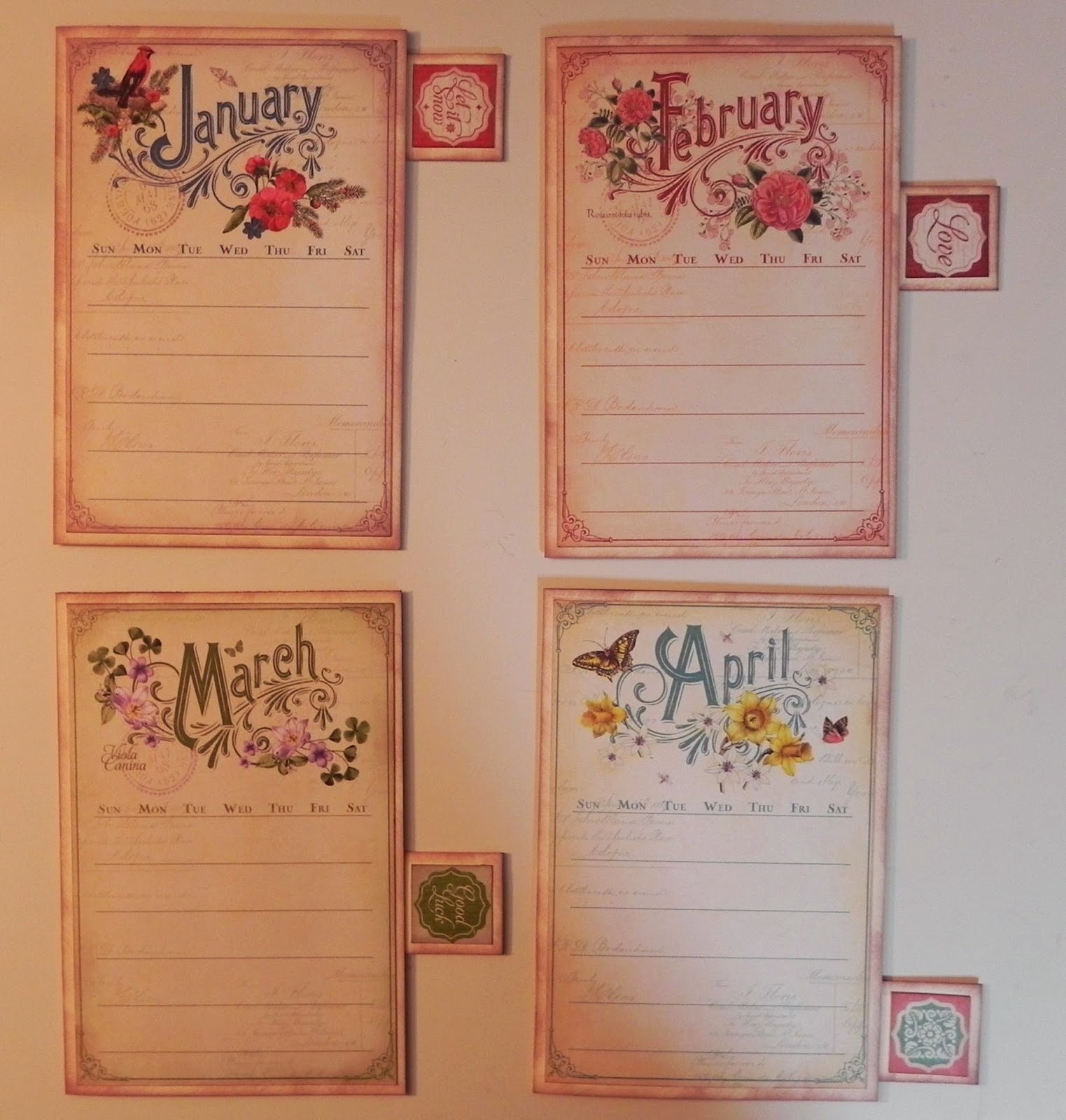 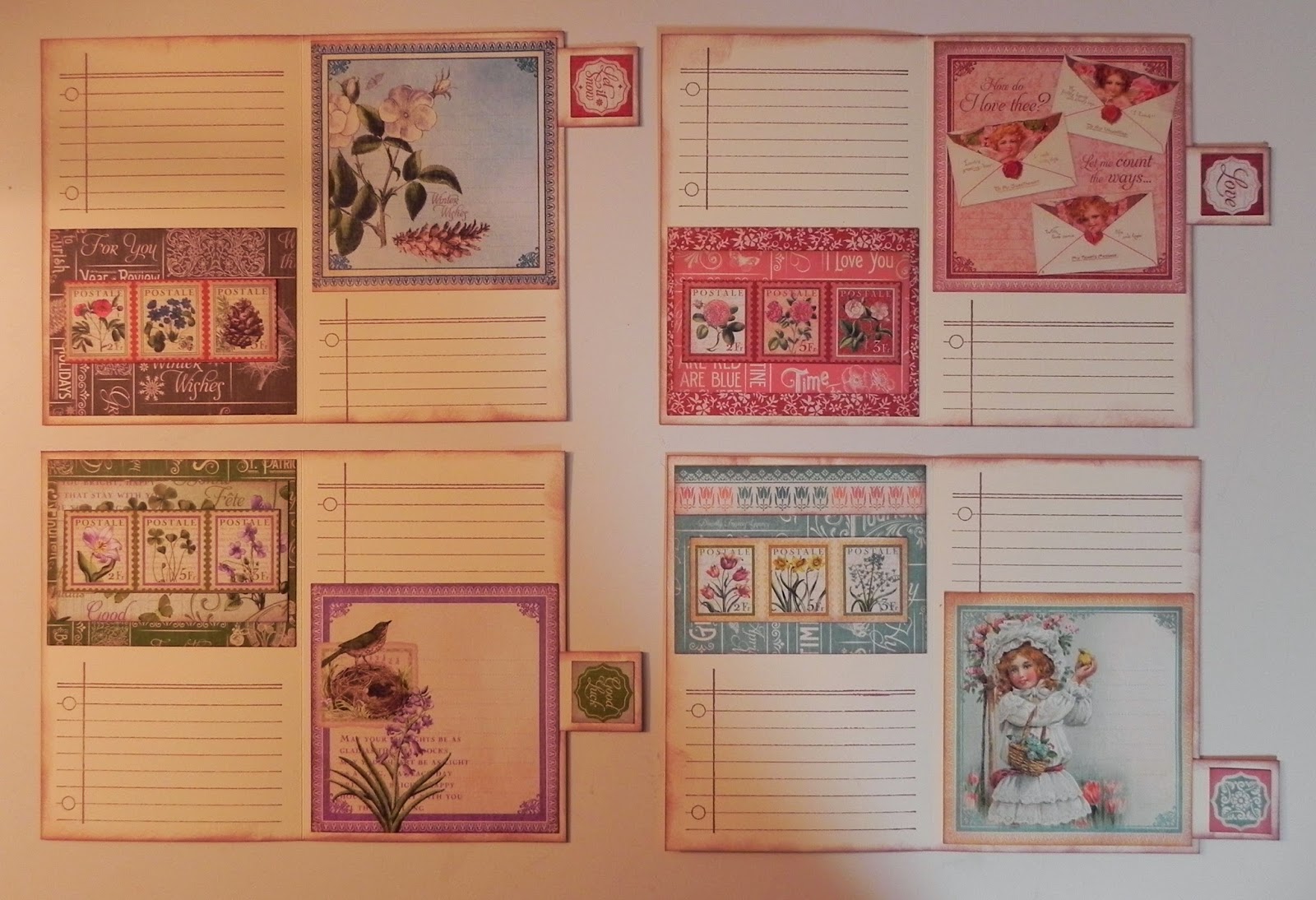 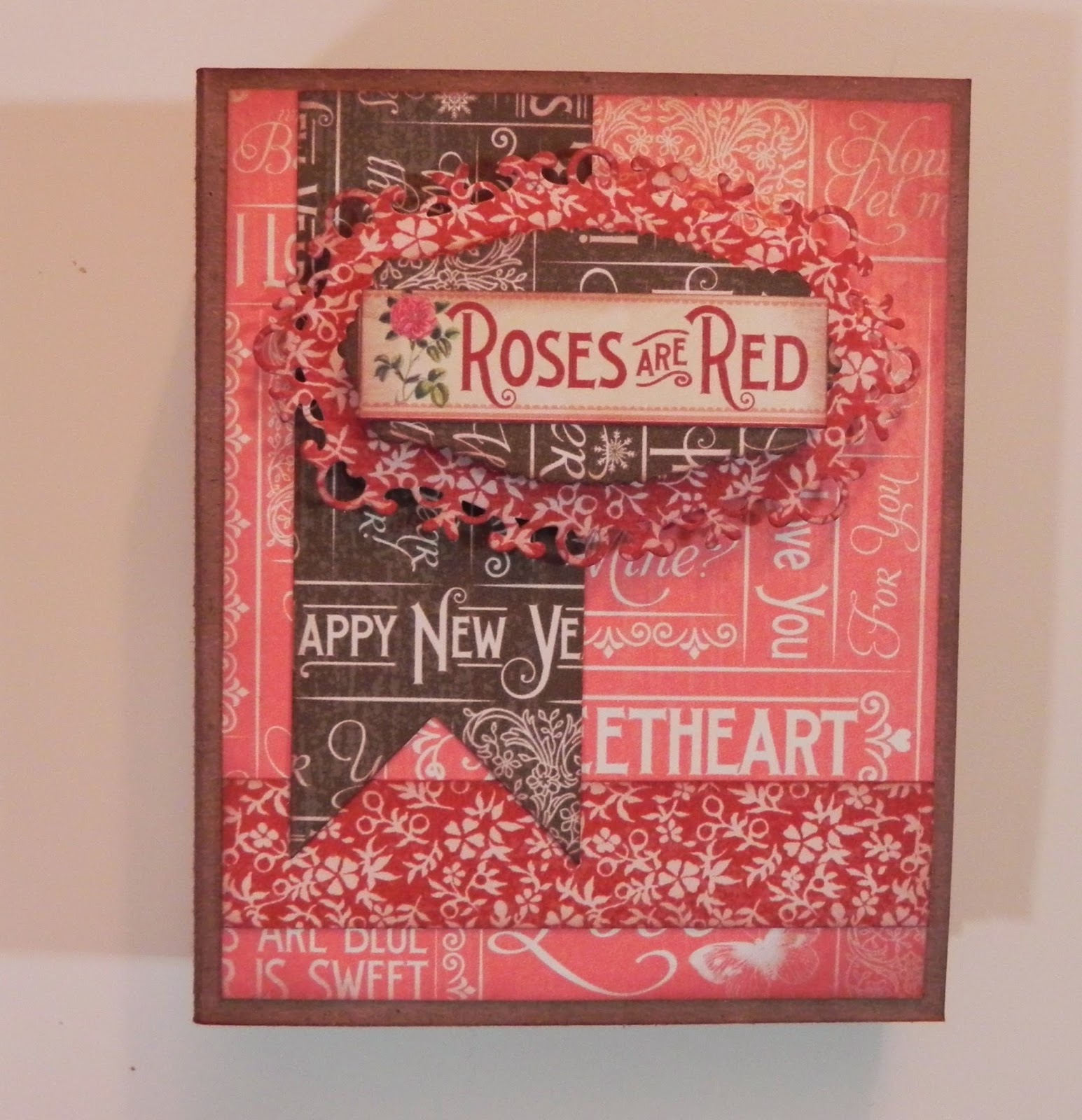 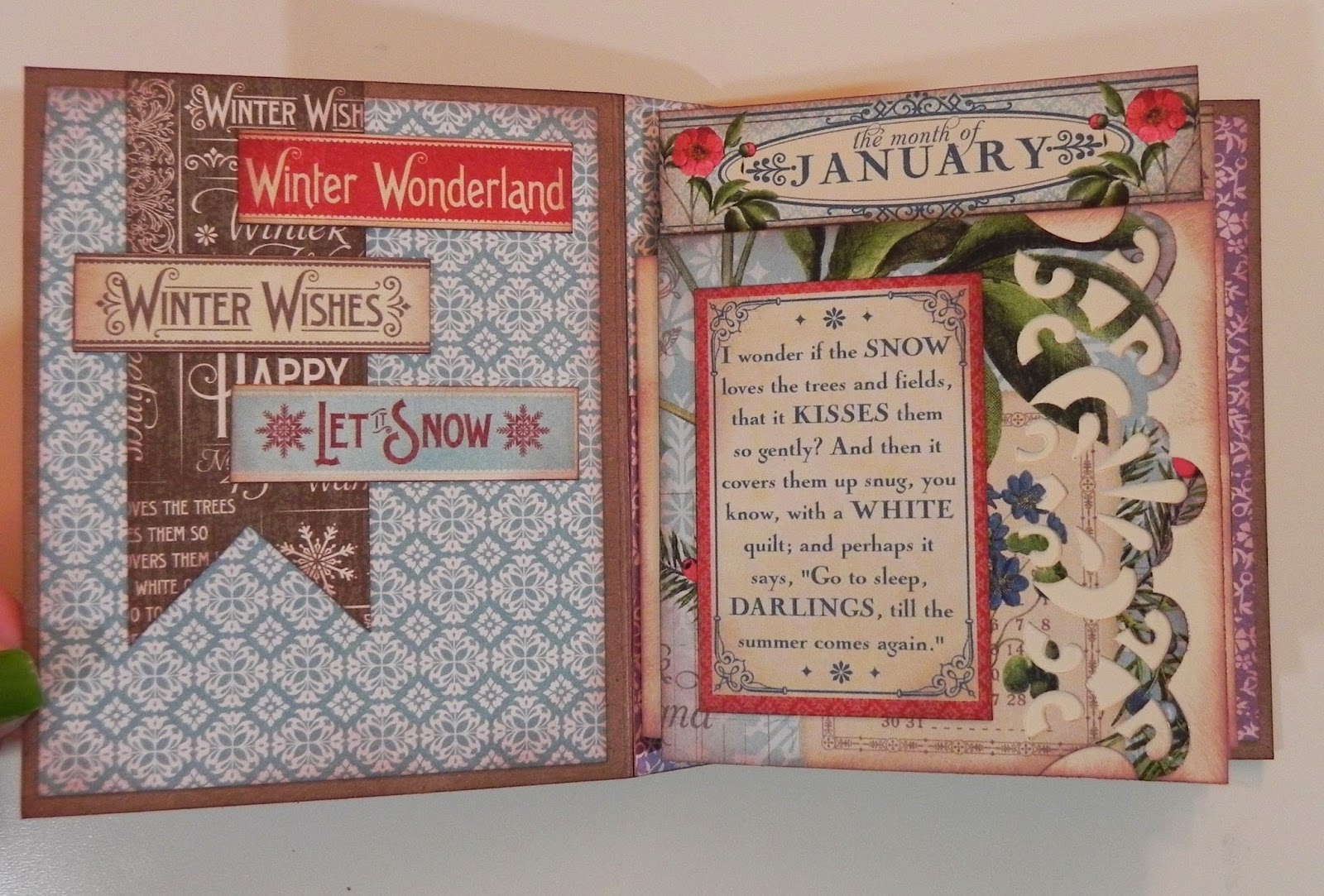 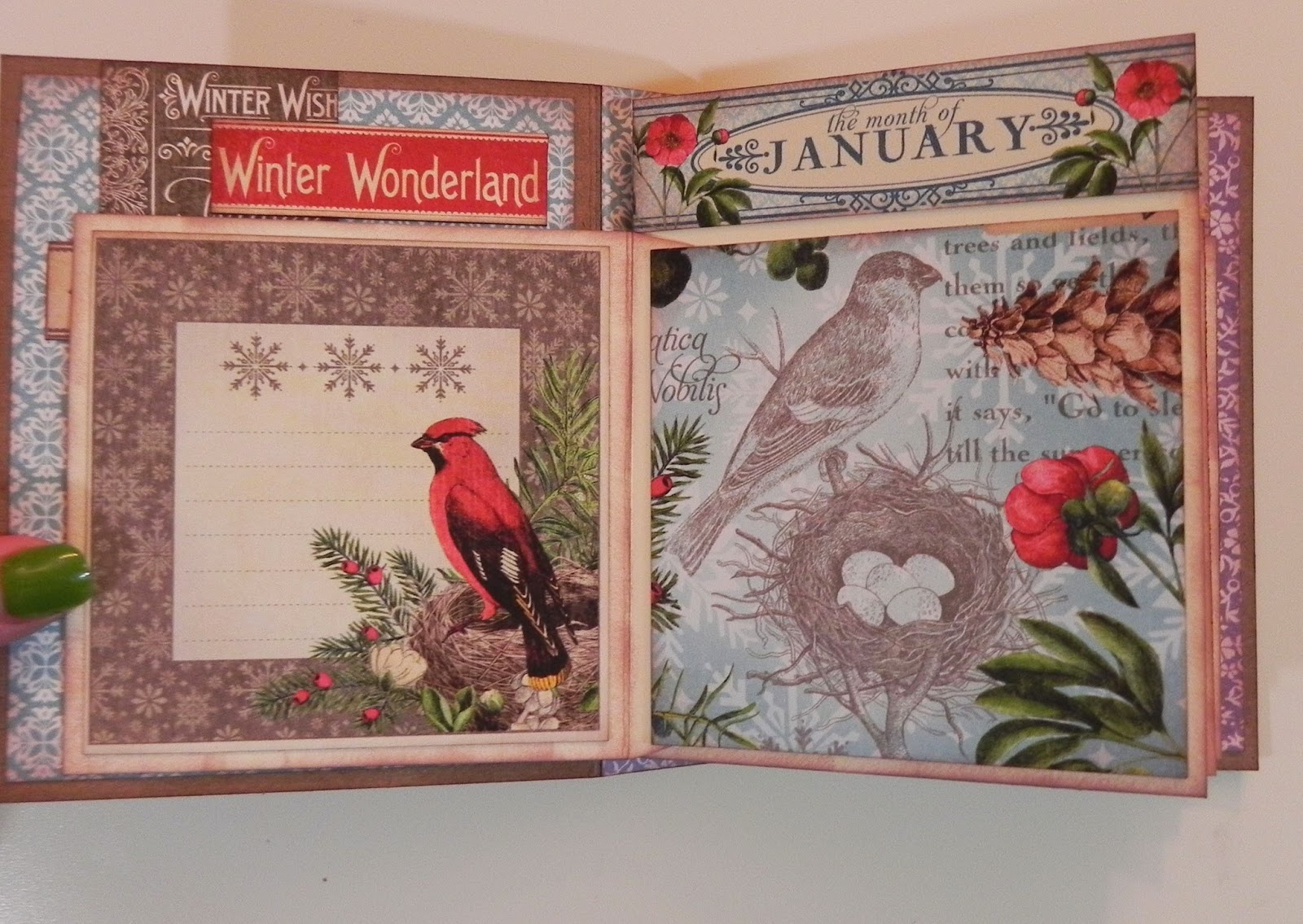 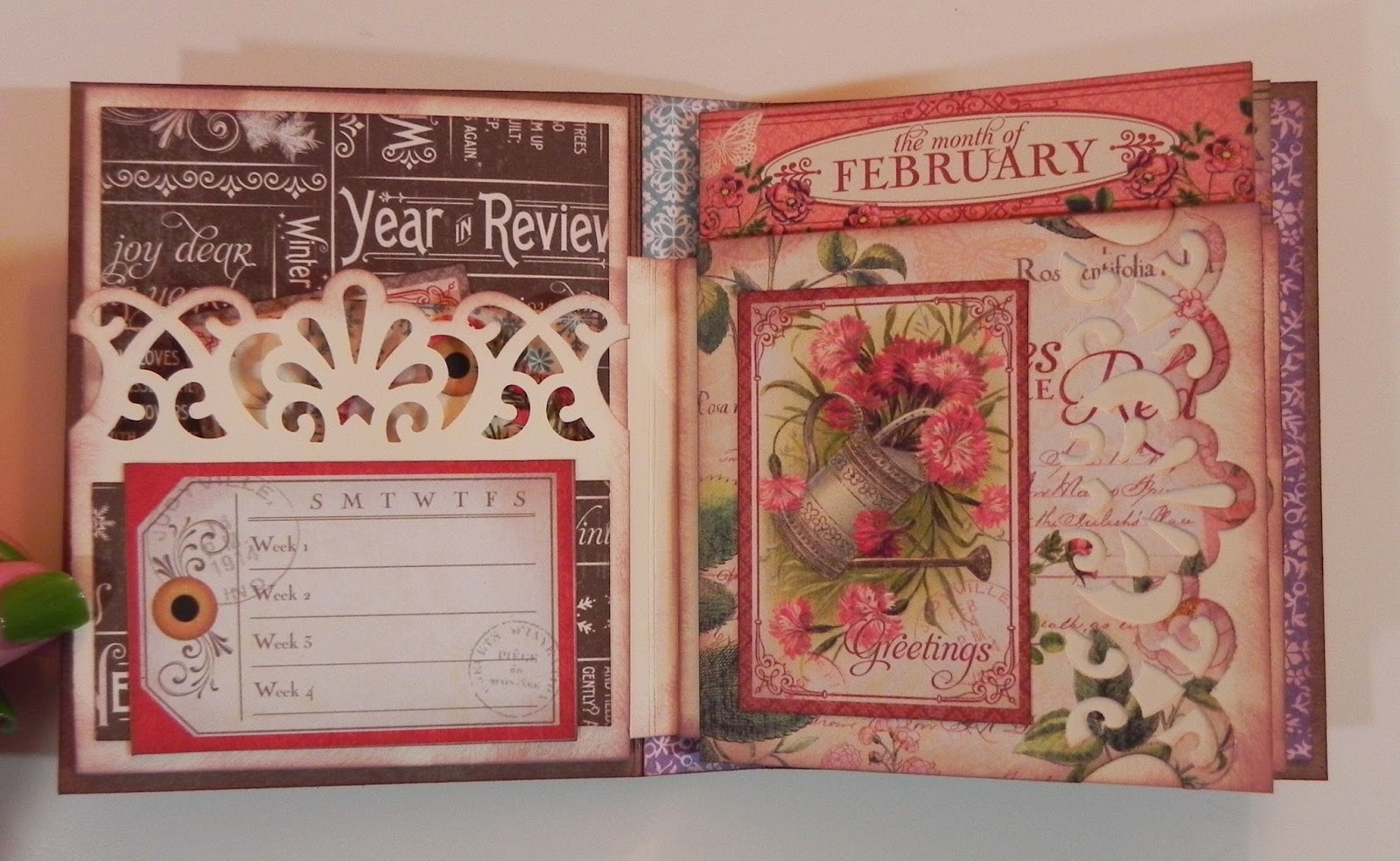 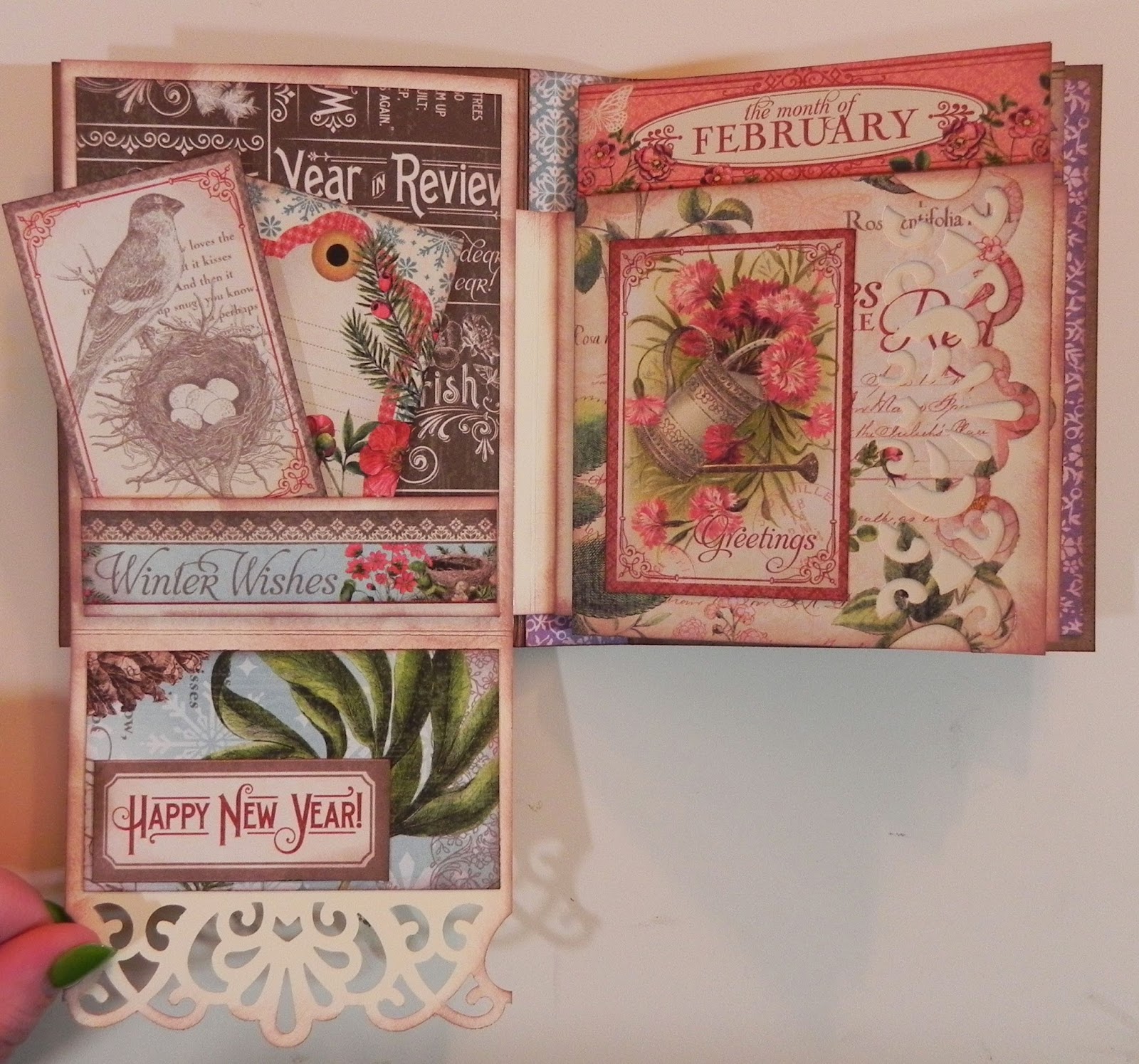 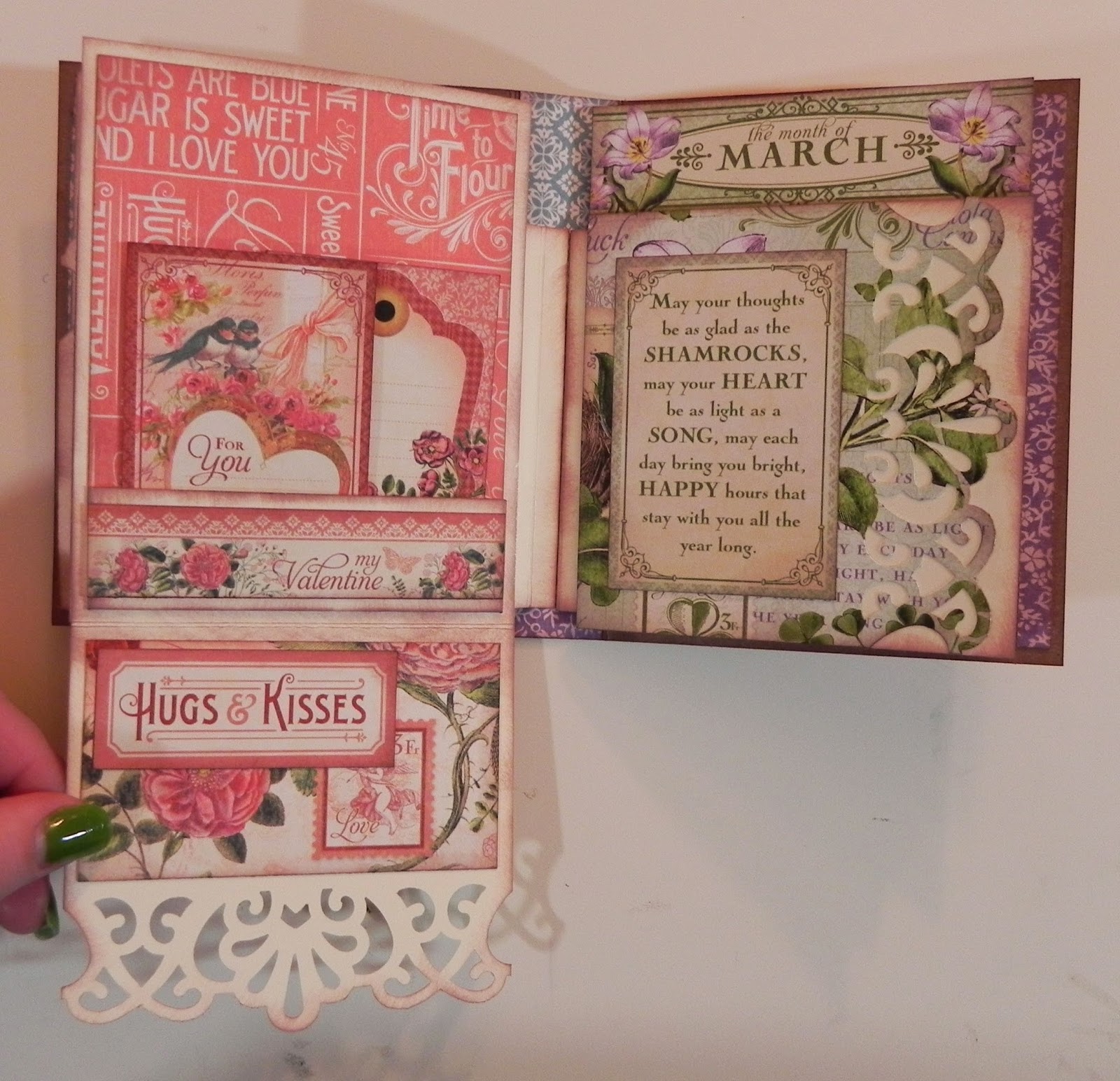 The punch I used for on the top of the Clock and as an accent on the pages in the albums is Martha Stewart Fans and Flourish.
VIDEO
Have a great crafting Weekend!

2 thoughts on “Time to Flourish Clock with Seasonal Mini Albums”