I finally finished my fall project Country Windmills.  However, the first windmill I have made earlier this year before I started my blog and thought I would make a fall version.  So some of you might have seen photos already of the first windmill which uses Graphic 45 French Country paper collection.  The second windmill uses Bobunny Autumn Song Collection.

The blades on the windmills move and the door opens to reveal a mini album.  The base of the windmill is 9 1/2″ and the height is 12″ which includes the base and windmill.  I should have the tutorial for this project up next week.  I will have the tutorials set up so you can purchase the windmill and mini album separate or together and the tutorial will include how to make both windmills.  There is a slight difference, as the French Country uses black chipboard and the Autumn uses neutral chipboard, which requires to be covered and inks in many places. 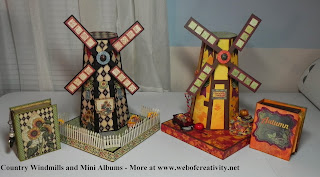 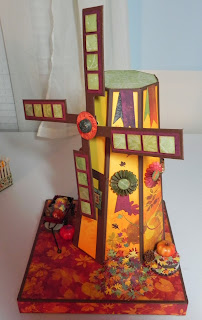 The Autumn Mini Album
Both albums have 6 pages with a country fence type of pocket and a side pocket. 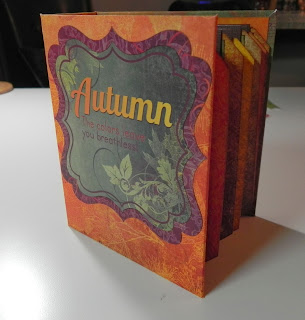 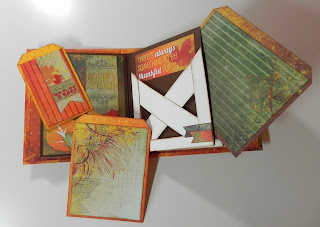 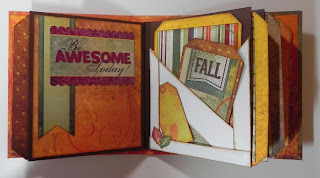 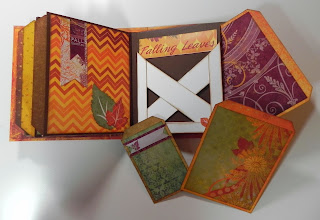 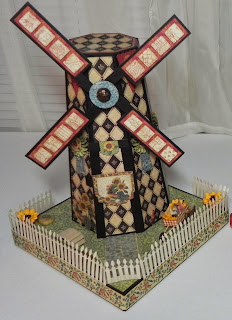 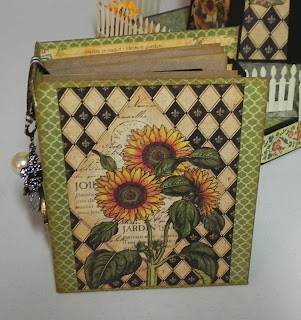 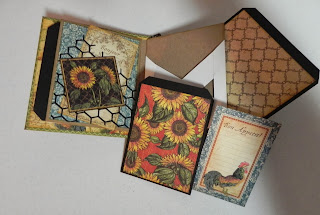 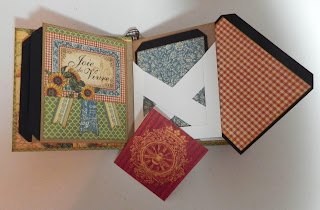 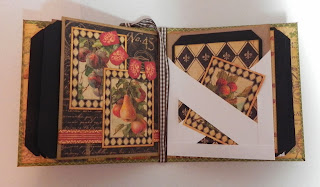 Here is the video on the Mini Albums
The End.